That headline is a good general rule for all tax situations. And the U.S. Tax Court reinforced that requirement last week in a ruling against a taxpayer who claimed charitable deductions but didn't have the proper substantiation. 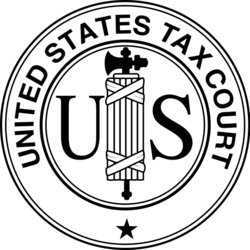 The summary judgment in the case of Edmund Douglas Roberts v. Commissioner meant that Roberts is liable for more than 10 grand in additional tax produced by the loss of those  deductions, along with some levies for late fling.

The problem was with Robert's 2005 tax return's Schedule A, where he claimed $200 in cash that he said he donated to panhandlers and the Salvation Army.

He also itemized $28,655 worth of noncash charitable contributions and sent along a self-prepared substitute for Form 8283, Noncash Charitable Contributions. In that statement, Roberts said he contributed more than 450 items of property, primarily used clothing but also some household items.

And although he provided the IRS with copies of five receipts from Goodwill Industries, the Tax Court ruling noted that only one of those documents had a signature indicating that the donated items were received by the charity.

Not good enough: OK, Roberts gets points for apparently trying to file what the IRS requires when it comes to charitable deductions. But he didn't quite get there.

After reviewing Roberts filings, the IRS determined that he had failed to "adequately substantiate the items claimed as charitable contributions."

Tax lessons for us all: Here's the first big tax lesson for all who claim any type of write-off. You have to prove you're entitled to the deduction.

The Court noted that IRS findings in such cases "are presumed correct, and the taxpayer bears the burden of proving error in the Commissioner’s determinations."

Further, said the Court, "Deductions are a matter of legislative grace, and the taxpayer bears the burden of proving he is entitled to the deductions claimed."

Got that? When it comes to dealing with the IRS, you're presumed guilty. That is, the IRS' position is the one the courts will believe from the get go. It's up to you to convince the tax agency's examiner and/or auditor otherwise.

How do you do that? Lesson number two: Prove it.

Roberts failed here, according to the Tax Court:

As for the donated goods, Roberts was out of luck there, too:

"The receipts and the self-prepared substitute Form 8283 that petitioner submitted to substantiate the noncash charitable contributions do not meet the statutory requirements. Petitioner's substitute Form 8283 does not indicate the dates on which the items were allegedly contributed to charity, nor does it indicate the identity of any donee organization. Moreover, petitioner has neither attached to his Federal income tax return nor proffered an appraisal summary to establish the values of the items allegedly donated."

Follow the donation rules: So remember, when you donate to a charity, it must be a legitimate, IRS-approved group.

Although the panhandlers might truly need the few bucks you dispense as you wait for the traffic light to turn green, they are not an official charitable group. That means your gift to them -- or any individual, such as the family down the street whose house burned down -- is not an IRS qualified tax deduction.

And don't forget to get a proper receipt or have some sort of acceptable substantiation, such as a canceled check or credit card statement that shows all the tax-required details of the gift.

Without it, as the Roberts ruling shows, the IRS can disallow your donation deductions and any tax savings they produced.