Have you made your Memorial Day long weekend plans? Congress apparently has.

It looks like Washington, D.C., lawmakers will be able to enjoy some time off because they will finally pass a measure to extend tax breaks that expired at the end of 2009. 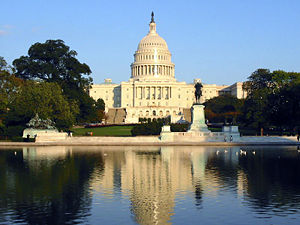 The House last December passed a measure keeping the tax breaks on the books beyond 2009, but the Senate didn't act on the bill until this March.

Both bodies had slightly different ideas about the extenders and how to pay for them, so they've been working on ways to reconcile their opposing views.

One thing Senators and Representatives they can agree on, though, is that they want the extenders done by the end of May.

The official combined bill is now called the Promoting American Jobs and Closing Tax Loopholes Act and Ways and Means Committee Chair Sander M. Levin (D-Mich.) is aiming for a House vote on it next week.

The total cost of the measure, which in addition to business and individual tax extenders includes money for unemployment benefits, welfare funding to states and  Build America Bonds, is expected to be between $180 billion and $200 billion.

About $50 billion of that cost will be offset by other taxes or program cuts. Here's a quick look at some of the most likely ways to pay.

Carried interest will cost recipients more:  says lawmakers negotiators are nearing an agreement to phase in higher taxes on carried interest, a type of compensation paid to managing partners of some partnerships, at the highest individual income tax rate. That's currently 35 percent, scheduled to increase to 39.6 percent in 2011.

Now such remuneration is treated as capital gains, meaning it's taxed at 15 percent. to pay.

Deloitte Tax LLP reports that Congress is examining a proposal in Obama's fiscal year 2011 budget that seeks to prevent the separation of foreign taxes from associated income.

According to a Treasury Department explanation, the proposal would allow a credit for foreign taxes "when and to the extent the associated foreign income is subject to U.S. tax in the hands of the taxpayer claiming the credit."

The change would take effect in 2011 and Joint Committee on Taxation numbers crunchers estimate it would raise an estimated $9.5 billion over 10 years.

More to come: Other ways to pay for the massive bill might include allowing companies to delay pension funding requirements,  imposing payroll taxes on service sector S corporations and barring treaty shopping by multinational companies.

A bank tax, however, is looking less likely as part of the extenders bill.

The only sure thing is that we can expect more -- and more esoteric -- payment provisions to be revealed as full consideration of the bill nears.