As the April 15 filing deadline neared did you take advantage of the one tax break that still enabled you to cut your prior year's tax bill?

I'm talking of course about contributing to a traditional IRA. Lot's of folks do that each filing season so they can claim a deduction for the previous tax year. 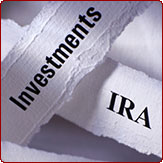 The Treasury Inspector General for Tax Administration (TIGTA) says that hundreds of thousands of individuals are making excess contributions to their IRAs while thousands of others aren't taking the required minimum distributions.

This noncompliance, says TIGTA in recently released report, is costing the federal government millions of dollars every year.

In examining taxpayer documentation of individual retirement account contributions and distributions for the 2006 and 2007 tax years, TIGTA found potential revenue losses associated with:

IRS is letting people slide: The oversight arm of Treasury also determined that current IRS procedures for processing IRAs do not do enough to ensure that individuals complying with the retirement account rules.

"We again found that IRS procedures are inadequate to identify individuals who make IRA contributions in excess of what the law allows or individuals who are not taking required minimum distributions," said Phillips.

The IRS acknowledged the IRA noncompliance problems. In fact, it did so back in 2008 when that earlier TIGTA report that Phillips mentioned was issued.

That prior study, which looked at 2005 data, prompted the IRS to initiate four studies to analyze IRA compliance. The only completed IRS study confirmed TIGTA's 2008 findings.

Now, recommends TIGTA, the IRS should develop a comprehensive strategy to address the growing money losses from taxpayers who don't follow IRA rules.

Here's hoping the tax agency gets to that a bit more quickly than it did a couple of years ago.

IRA forms are in the mail: One of the documents that TIGTA used in its IRA compliance studies is Form 5498.

The IRS has an official version, but many financial institutions that administer retirement accounts use their own versions. That's OK with the IRS, which gets copies of these information returns.

The hubby and I got our various 5498s in the mail today. Be on the lookout for yours.

And make sure that if you made an IRA contribution in 2010 for the 2009 tax year, the appropriate tax year is reflected on your form.

Given the TIGTA studies, the IRS now is likely to be paying much closer attention to these forms, so make sure they are correct.

The IRS should let people slide. Last year the Required Minimum Distribution was not required. How could you not be in compliance? This was a good thing.

The rules for IRA’s and Roth IRA’s are far more complex than they need to be. Mention the word taxes and simplification however, and you just start to shudder. These rules should be made easier to understand and implement. You will have more compliance and more taxpayers funding their retirement. What’s not to like?