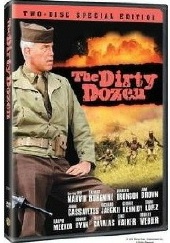 For the last few years, the IRS has issued an annual list of the 12 most prevalent scams. Dubbed "The Dirty Dozen," the list doesn't change dramatically from year to year, which just proves how successful, at least for the perpetrators, some of these long-standing cons are.

In this scam, a taxpayer inflates withholding that is reported against nontaxable Social Security earnings in order to get a, or a larger, refund.

Claiming overpaid Social Security taxes is legitimate. This happens when, for example, you have multiple jobs and the 6.2 percent payroll tax is withheld from your wages on earnings subject to that maximum taxable wage base. In 2009 that income level was $106,800; it's the same in 2010.

In these cases, your multiple employers each collect the withholding, meaning your total wages upon which you paid Social Security taxes could be more than the limit so you paid more that the maximum of $6,621.60 in payroll taxes. You're allowed to collect that overpayment as a credit when you file your tax return.

But in the case of the scam, the IRS says both the income and withholding amounts are sometimes incorrect.

A high price to pay: So keep your eyes open for these. If you're duped, when the IRS finds the improper information on your return you could face some substantial fines.

In the Social Security/withholding scam, for example, it could cost you $5,000.

You also will end up owing the back taxes you thought you were avoiding, as well as penalties and interest on the unpaid bill.

Old cons never die: And don't rely solely on this list. Just because a scam didn't make the Dirty Dozen cut this year, that doesn't mean criminals aren't out there using it.

Take, for example, the one that the Social Security scam bumped this year, False Claims for Refund and Requests for Abatement. This scam uses an official IRS form that is legitimately used by taxpayers who haven't filed a return, but should have, and the IRS filed one for them using its Substitute for Return program.

This previously was a very common scam, thereby earning it a place on the 2009 list. And even though this year it fell out of the top 12, you can be sure that it's still around.

Report and collect: If you run across any of the current Dirty Dozen or any other tax con, let the IRS know by filing Form 3949-A.

You also might be eligible for a reward for turning in suspected tax fraud. In this case, you'll need to file Form 211 with the IRS Whistleblower Office.

And remember, that old saying about things sounding too good to be true not being true is particularly good advice at tax time.