That's right. The hijinks and hilarity of an IRS office. Or, as they say in the television biz, an "IRS laffer."

But that's what Ron Howard, who brought us the wonderfully skewed (and under-appreciated) Arrested Development, and Brent Forrester, writer-director of the U.S. version of The Office, have planned in the show for Fox.

The workplace comedy set in an Internal Revenue Service district office apparently is an idea that Howard has been toying with for years. Hmmm. Now I'm really curious about his personal tax experiences.

The still untitled project -- how about Happy Returns with Fonzie as an auditor? -- already has its star. 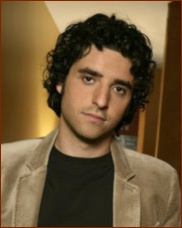 David Krumholz (left), most recently of CBS' Numb3rs -- sorry Eppes family fans; this makes it sound like that series is winding down -- has been cast as an IRS agent trying to find nobility in his work.

But I'm a TV and tax geek, so I'll give it a shot. And Alyssa Rosenberg of FedBlog thinks it might just work.

I just hope this show is better than two other quickly canceled tax-themed shows, Push, Nevada and Andy Barker, P.I.

I worked for NYS Tax department and hubby has side business as tax preparer. I can't WAIT to see this!

Ron Howard can do no wrong in my book so I'll at least watch the pilot.

I loved Northern Exposure but I must confess I don't remember the tax-oriented episode. Which was it?

I wish someone would create a CD of the above mentioned series & episodes of other series with IRS related episodes. One of my favorites was a Northern Exposure.

Wow! I would LOVE to see this happen.