The heiress, farmer and estate taxes

Remember when Paris Hilton and Nicole Richie spent some time on a farm? That's OK. Not many folks do recall their ostensible reality show The Simple Life. 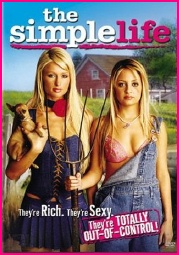 But being a vidiot, the chasm depicted on that TV program between the two rich girls and the farm family with which they spent some time popped into my head when I read the opening paragraph of Ray D. Madoff's Times op-ed piece Protect the Farm, Tax the Manor:

"How do you tell a wealthy heiress from a family farmer? It sounds like the setup for a joke. But in fact it is the fundamental problem underlying sensible reform of the federal estate tax."

As Congress works this year (we hope) on the estate tax that's supposed to disappear in 2010 and then come back in tougher form in 2011, Madoff says "lawmakers should use the opportunity to solve the farmer/heiress riddle once and for all and move our tax system closer to the values on which the country was founded — that hard work should be rewarded and power should not be conferred by birth."

One of the biggest problems, although more political than practical, is just how the estate tax affects the transfer of family farms and businesses.

Boston College Law School professor Madoff (no relation to the infamous Bernie of the same surname is claimed or disclaimed) argues that a special rule is needed to facilitate the transfer of family enterprises one generation to the next.

Will Congress consider Madoff's idea before 2009 ends? It's possible if, as some now predict, Washington gets around to making permanent changes to the estate tax before year's end.

But I'm still betting that as lawmakers rush to deal with health care and expiring tax provisions, they'll take the easy way out and simply keep the estate tax's 2009 provisions in place for one more year.