Tax payment plans for all,
including the formerly rich and famous

It's no secret that celebrities get into tax trouble as often, if not more so, that we regular folks.

And it's definitely true that when famous folk run afoul of the IRS or state revenue offices, the unpaid tax amounts are pretty impressive.

So it make sense that the famous and, after their tax troubles, formerly rich also take advantage of a remedy available to everyone: installment payment plans.

That's the case for a couple of celebrities in recent days. 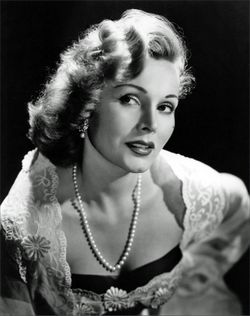 The IRS reportedly took action because she didn't pay all her taxes in 2001 and 2002.

Her advisers contend that a third-part with some financial troubles of his own is to blame: Bernie Madoff.

Gabor's lawyer say the actress lost about $7 million in Madoff's Ponzi scheme and the tax bill is a byproduct.

While things are being sorted out, Zsa Zsa and her husband are "pulling together their resources and working out a payment plan with the IRS."

Political pundit turns to payment plan: Ed Rollins, the noted campaign consultant and political pundit, reportedly has mostly worked through the fallout of $1.33 million in tax liens, in large part thanks to a payment plan. 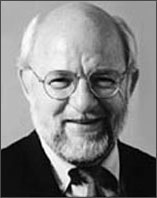 Rollins told the Detroit paper that he has worked out a payment schedule with the IRS and has paid a "substantial portion" of the outstanding tax bills.

He also said he has paid off his New York tax debts, but is contesting the Oklahoma tax warrants on residency grounds.

Good luck, Ed. States are getting pretty tenacious about getting what they believe is their share even if you don't even live within their borders.

Payment plans for all: If you find yourself owing the IRS (or a state tax office) more than you can pay, don't wait for the collectors to file liens.

Be proactive and set a payment plan before things get totally out of hand.

Sure, the IRS wants taxpayers to pay the tax they owe as soon and as completely as possible. But if you don't have the full amount in one lump sum, Uncle Sam figures it's better to get it from you incrementally than to have to spend resources tracking you down and going to court.

The agency has more information online about setting up a tax payment plan.

And while such plans can be a big help if you're having cash flow issues, remember that setting up an installment agreement with the IRS does have some added costs.

You'll be charged a one-time user fee of $105. The application fee is lower for taxpayers who set up direct debit payments, as well as for some lower-income taxpayers.

A payment plan won't stop interest charges from accruing on your unpaid tax.

You also might face a late payment penalty unless you can show reasonable cause for not getting your money into the IRS by April 15. In this case, penalty charges will also apply.

In these tough economic time,s the IRS says it is offering some taxpayers a little leeway. So give the agency a call and explain your situation. Even better, call a reputable tax adviser who can help you work with the IRS to set up a payment plan that works for you and Uncle Sam.

Interesting to see celebrities all over are having more and more issues with paying taxes on time.