Bequest benefits warblers of all sorts

As a long-time birder and a bit of an opera buff, I got a kick out of the story that a U.K. woman who shared my interests had left most of her sizable fortune to New York's Metropolitan Opera and a British nature charity. 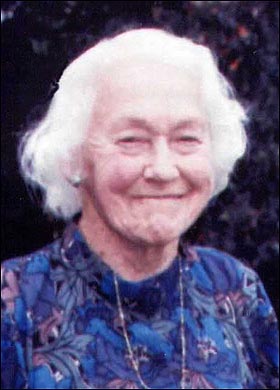 Even better, there's a tax connection.

The bequests to the Met and the Wildfowl and Wetlands Trust came from the $16.3 million estate of Mona Webster (left), whom the New York Times reports was at one time during her 96 years a clerk in the British tax office.

But wait. There's still more about taxes. A lot more, in fact, for the Met.

While the U.S. opera company is thrilled to get the $7.5 million gift from Mrs. Webster, it's not without strings.

Gail Chesler, the opera's director of planned and special gifts, told the Times that the Met would have to pay taxes on the gift in Britain. "That's 40 percent," she said.

Consult an estate tax expert: If you'd like to set up an estate plan that includes gifts to entities or individuals in other countries, you'll need to talk with an estate planner and/or attorney.

Even if you plan to leave all your worldly goods to folks here in the United States, you'll need that expert guidance, too.

As I've blogged about before, the estate tax is scheduled to disappear on Jan. 1. That's not going to happen.

But exactly what will happen is still unclear, at least unofficially.

Word is, and what I believe will happen, is that the current estate tax law -- no tax on estates worth less than $3.5 million; a tax of 45 percent on assets greater than that -- will continue as is for a year.

That will give lawmakers time in 2010 to arrive at a permanent solution before tougher estate tax laws kick in on Jan. 1, 2011.

Time on their hands: Of course, Congress may get to the estate tax issue before 2009 ends. They'll likely be around until late in the year.

The long session is expected if health care reform actually starts moving. And while Congress is waiting to cast the final vote on that controversial measure, they'll be able to fill the hours with other legislation.

Oh, joy! Who knows what damage they can do with that much time on their hands?!

In tune: One of my favorite composers is France's Olivier Messiaen.

He was so fascinated by the warbling of birds that he composed a series of miniature pieces based on the transcriptions of bird songs.

But I don't think he ever produced a bird-inspired opera. Too bad. Mrs. Webster and I would have enjoyed it.

The May 2007 issue of Birder South has more on Messiaen and our musical connection with birds.