Federal tax investigators this week served subpoenas on wealthy New York-area residents who are suspected of evading taxes by putting their U.S. taxable dollars into accounts at the Swiss bank giant UBS. 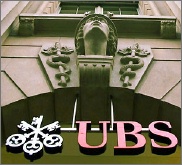 According to reports, the legal demands for info went to between 250 and 280 account names turned over to U.S. officials by UBS earlier this year.

Legislative help on the way: The federal legal action came legislation was being introduced that would impose a tax on foreign banks that refuse to disclose the names of their American clients.

The Foreign Account Tax Compliance Act was introduced simultaneously in the House and Senate Wednesday. Based on proposals included in Obama’s 2010 budget, as well as previously proposed legislation, the bill would give the IRS new ways to "detect, deter and discourage offshore tax abuses."

How? By forcing foreign financial institutions, trusts and corporations to provide information about their U.S. account holders, grantors and owners. The key enforcement tool would be a tax on bank secrecy.

The proposed law would assess a 30 percent withholding on payments to foreign entities. Individuals and entities also would be required to report offshore accounts worth $50,000 or more, and the statute of limitations will be extended from three years to six years when offshore accounts are unreported or misreported.

The Joint Committee on Taxation estimates that the Foreign Account Tax Compliance Act's provisions  would keep $8.5 billion within the U.S. tax system over the next 10 years.

The Atlantic has a good analysis of the bill's various points. Thanks to Karen Datko at Smart Spending for the magazine tip.

UBS informant sentenced: While the tougher tax haven legislation was being announced on Capitol Hill, down I-95 in Miami the first American client of UBS charged in the federal crackdown of offshore tax evasion was sentenced to one year of house arrest.

Steven Michael Rubinstein, a 55-year-old Florida accountant, received the lighter sentence based on what federal prosecutors said was "substantial assistance in the investigation of others."

Domestic whistleblowers wanted, too: While Uncle Sam is working with whistleblowers and new legislation to keep U.S. tax money out of foreign tax havens, Chicago officials are seeking taxpayer help in its tax collections.

Windy City Mayor Richard Daley's 2010 budget includes a Tax Whistleblower Program that would pay cash bounties to informants who provide information about businesses that haven't paid their taxes. Informers would get a percentage of the amount recovered.

Specifics are still being worked out, but Chicago revenue officials expect individuals as well as competing businesses will be motivated by money to turn in tax evading companies.

Rightly said..after all we must not put oneself in any trouble.