Get ready for increased audits

That's the word, uttered a couple of times in different venues, from the top IRS guy himself.

But don't panic just yet.

Sure the IRS wants to get all the money it is owed. That means all us regular taxpayers need to be sure we don't screw up our annual filings. 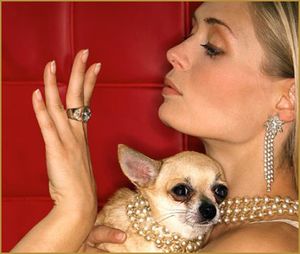 Much of the tax agency's increased audit efforts, however, will be aimed at those folks who can provide the most tax money: the wealthy.

Starting offshore: Following what the IRS deemed a voluntary compliance initiative that wrapped up earlier this month to get offshore account holders to reveal their tax haven money, IRS Commissioner Douglas Shulman said this was just the beginning.

The amnesty period prompted holders of foreign bank accounts to tell the IRS about deposits ranging from from $10,000 to over $100 million.

"The [amnesty] initiative is part of a much broader effort to crack down on offshore tax evasion," Shulman said. He noted that the IRS also plans to "scour" the 7,500 accounts that Swiss authorities turned over to U.S. investigators in order to identify financial institutions and advisers involved in the accounts.

"Big numbers are involved," said Shulman, who then proceeded to warn folks who insist on hiding assets offshore to be on the lookout for IRS agents.

"We have a long way to go, but our efforts will only intensify," he said. "We're going to be moving aggressively," and look not only in Europe but also focus on multiple points "around the globe."

Watching the wealthy: Then at this week's AICPA National Tax Conference in D.C., Shulman said the IRS is ready to launch a new initiative to uncover tax evasion by higher income individuals.

With the creation of the Global High Wealth Industry Group, will look at individuals with tens of millions of dollars of assets or income. The group will be particularly interested in sophisticated financial, business and investment vehicles that could mask possible illegal tax schemes.

Such elaborate lives, businesses and taxes are part of why, as I noted earlier, the wealthy are different from you and me. Not only are they, well, rich, but when it comes to finances, they can afford to hire the very best to provide them with whatever type of tax planning and filing they require.

Or, as Shulman described them, they're "not your typical Form 1040 filers."

Smoothing the tax-tracking trail: In many cases, the IRS has trouble double checking whether the richest U.S. taxpayers are following the tax laws. And while the wealthy use sophisticated financial and investment arrangements for completely legitimate reasons, sometimes the complexity covers up what could be "overly aggressive" tax strategies.

"A single high-wealth individual may have actual or beneficial ownership of numerous related entities, sometimes alone and sometimes along with other family members or business associates," Shulman told the accounting organization. He then elaborated on the types of financial dealings the IRS encounters in tracking the taxes of the uber-wealthy:

"And let me give you a flavor of these complex financial arrangements. They may include trusts, real estate investments, royalty and licensing agreements, revenue-based or equity-sharing arrangements, private foundations, privately-held companies, and partnerships and other flow-through entities that require looking at the entire, and often huge, spectrum of transactions and entities."

But now with the new group, the IRS should be able to "take a unified look at the entire web of business entities controlled by a high-wealth individual," Shulman said. "The IRS cannot do this by continuing to approach each tax return in the enterprise as a single and separate entity. We must understand and analyze the entire picture."