Ah, fall. The time of year when school is back in session, football season is in full swing and most employees of companies that offer health benefits are bombarded with tough decisions and even tougher paperwork to complete.

There's a new intensity this year in choosing employer-provided medical coverage. Not only do we have the subtext of the Congressional health care reform debate, but many workplaces have made changes, some big, to their offerings.

The hubby and I are part of this annual ritual. Despite the hassle, I am very thankful to health care coverage via work.

But our journey here was not a fun one.

For six years we had coverage under my employer. Then in 2005, I quit that job, we moved back to Texas and we continued my insurance via COBRA. That was a welcome, but very expensive, short-term solution. 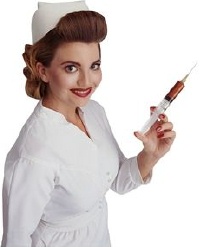 With COBRA running out as eating up a big chunk of our money each month), we started looking for private insurance coverage. Back then, the hubby and I were both independent contractors. say the experience an acceptable and somewhat affordable health care policy has made me a fan of a

We finally found an insurer who would take us both (yes, I was the problem; I have a minor, but pre-existing, condition), but it cost more than COBRA. Did I mention my minor, pre-existing condition that allows insurers to reject me and/or bleed my bank account dry to get any type of coverage?

When the hubby accepted a full-time employee position at his workplace instead of continuing as a contractor, we were delighted to have company-provided health care again.

Cha-cha-cha-changes: Now, after several years of auto-pilot, we have to do some work on our coverage this open season. The plan we've been using will disappear in January.

Apparently, that's happening at many companies. Lesley Alderman tells us in today's New York Times that she and her family are going through the same thing.

"The time-honored 'evergreen' option -- defaulting to your current plan -- may simply no longer be an option. Either your employer no longer even offers that plan, or the terms may be so radically different that you may no longer want it," writes Alderman in Scrutinizing 2010 Insurance Options.

In addition to looking at the changing landscape of employer-provided medical insurance, Alderman also suggests, repeatedly, that we run the numbers when making medical policy decisions.

That's always a good idea, but even more so as workplace, as well as employee, situations are changing. Another NYT story gives us the bad news that Small Business Faces Sharp Rise in Costs of Health Care.

Factor FSAs, too: The good advice to run the health care coverage numbers also applies to ancillary medial benefits, such as a flexible savings account, or FSA.

These plans, which allow you to put away pretax dollars to later pay for medical expenses, dependent care and even some commuting costs, are very popular. But the medical FSA might not be so popular after health care reform becomes law (and some form will), since some lawmakers want to limit the plans.

Right now, there is no statutory limit on how much you can put into a medical FSA (there is a $5,000 cap on child care savings plans). The Senate Finance bill, however, would limit employees to $2,500 a year in a medical FSA. It also would put more red tape on FSA money used for over-the-counter medications. The new restrictions would start with the 2011 tax year.

A group, Save Flexible Spending Plans, has been formed to pressure the House to reject the Senate Finance plan's limits (presuming that the cap stays in the version eventually passed by the full Senate). The campaign is sponsored by the nonprofit Employers Council on Flexible Compensation.

"It doesn't make any sense that the House would want to pay for health care reform by overly restricting FSAs and raising taxes on millions of people, especially those who are the sickest," said Joe Jackson, chairman of Save Flexible Spending Plans and CEO of WageWorks, a San Mateo, Calif., benefits company. "FSAs are a lifeline for working Americans, often making the difference between staying afloat and going into debt over health care needs, and sometimes between getting necessary treatment and avoiding it altogether because of the cost."

We'll have to wait to see if the effort to keep FSAs as is succeeds. But just in case, if you have, or plan to enroll in, an FSA, you might want to think about how you can maximize it in 2010, just in case.

There's a new strength this season in selecting employer-provided protection of health. Not only do we have the subtext of the Congressional healthcare care change controversy, but many work environments have made changes, some big, to their attractions.

Very useful and informative. Many thanks for sharing....