That headline got your attention, didn't it?

It's from Bruce Bartlett's latest column in Forbes. The article's subhead drives home his point: Americans can't have their cake and eat it too.

Bartlett's elaboration on the issue is sure to provoke even more of an uproar. For example:

Republicans pay lip service to balancing the budget, but only when Democrats are in office. When they were in power under George W. Bush, they all agreed with Vice President Dick Cheney when he told Treasury Secretary Paul O'Neill, "Reagan proved deficits don't matter."

This reversal of the historical conservative position has had enormous implications for our national finances. By effectively taking taxes off the table, conservatives unwittingly opened the flood gates of spending. 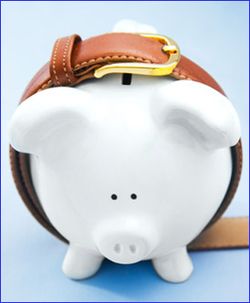 So now, says Bartlett, a former Treasury Department economist, we are facing a game of chicken. But waiting as long a possible to reach a budget deal in the hopes of forcing larger budget cuts doesn't work, at least not if you look at recent history.

So what's the answer? The one Bartlett offers is the one most folks don't want to hear:

At some point, taxes have to be back on the table as the price that must be paid for profligate spending. Only then will the American people realize that they can't have their cake and eat it too, as Republicans have preached for the last decade. Only when the American people go back to believing that spending must be paid for will they stop demanding something for nothing and put the country back on the path to fiscal sanity.

But I fear that even though the recession has forced more people to finally get their own finances in order, when it comes to our governments' budgeting strategies, we are a long way from accepting the reality that we must pay for, via taxes, everything, regardless of which political party supports it.

The more the government taxes, the less we have to invest and build. Therefore, the smaller we all become.

The issue, for both parties, is the out-of-control spending going on. We're simply spending far too much money on things that shouldn't be done by the government.