Booing at the opera? 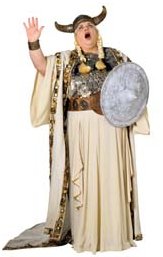 Yesterday in my post about Taxing Pennsylvania's arts and culture, I only semi-facetiously commented that I'd pay to see rowdy, and ever-vocal, Philadelphia NFL and NHL fans attending an opera.

Well it looks like the Eagles and Flyers fans caught the train to the Big Apple for the opening night of the Metropolitan Opera.

The New York Times reports there was "harsh booing" for the director of the Met's new production of Puccini's "Tosca" during curtain calls Monday night.

Of course, if I had paid $1,250 for a ticket -- which could have brought the City of Philadelphia $100 in taxes if the ticket had been sold for a performance there -- and was unhappy with the show, I might have forsaken the niceties my mama taught me and booed, too.