Private tax debt collectors are back in the news. But this time it's because of local government, not IRS, involvement. 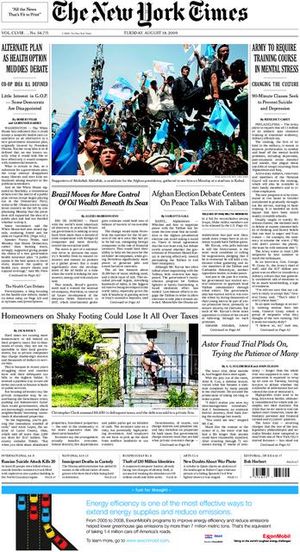 "Homeowners on Shaky Footing Could Lose it All Over Taxes," announces the New York Times today on the front page of its national edition.

Cash-strapped counties and cities, reports the Times, are selling delinquent tax bills to private firms. It sounds like a good deal.

The local governments get a quick infusion of cash and don't have to be bothered with (or paying for) collection efforts.

Investors in the tax collection efforts get a risky, but potentially high return, way to earn money. "It beats the heck out of any certificate of deposit," Howard Liggett, executive director the National Tax Lien Association told the Times.

Of course, the delinquent property owners are the big losers. Everyone agrees that they should pay their tax bills. But in this economy, that obligation often is pushed to the bottom of the list, behind making the actual mortgage payment and covering other living expenses.

A local tax collector who knows what you're going through might be more inclined to help you work out a payment plan.

Private debt collectors, however, generally don't care about why a person can't pay a bill. They just want the money or the property.

Plus, the private firms tend to charge higher interest rates and fees on late accounts than do governments.

And one county official told the New York Times that in the long term, the private collection efforts could be bad for localities:

"In the beginning, you're getting this immediate windfall of cash," said Anita Lopez, the auditor of Lucas County, Ohio, which sold off more than 3,000 tax liens for $14.7 million. The county includes Toledo. "But when you think about abandoned properties, foreclosed properties — the cost to the community is far more expensive than the short-term benefits."

How does your city, county or school district deal with delinquent property taxes? Is it handled all in-house? Here in the Austin area, private debt collectors (including one that the IRS decided not to work with even before it completely pulled the plug on the federal program) have been used.

I know things are tough for local governments, but it sure seems like we're in a bizarro tax world when it's the IRS that has decided to take economic considerations into account in dealing with overdue taxes and our local tax collectors are playing no-excuses, no-explanation hard ball.

There are many reasons why taxpayers procrastinate on resolving their tax problems. Oftentimes, it can be easy to get paralyzed by anxiety and helplessness when you don’t have enough money to pay the IRS. You are not alone.