Potential new taxes have gotten a lot of coverage of late, particularly as a way to pay for health care reform.

So far we've had sin taxes, a surtax on the wealthy, a tax on "Cadillac" medical insurance plans and taxation of employer-provided benefits yelled about debated discussed. 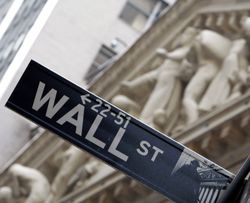 According to the Capitol Hill newspaper The Hill, the country's largest labor union and some Democrats are pushing a new tax that would hit big investment firms.

This tax isn't tied specifically to health care, but its supporters say it would raise between $50 billion and $100 billion per year. That money, they argue, could be used to pay for infrastructure projects and other spending priorities.

You can be sure that anything that potentially raises billions of dollars will get some closer looks from the members trying to pay for, among "other" legislative projects, health care reform.

A two-pronged fractional tax: Under the proposal floated by the AFL-CIO, the tax would be about a tenth of a percent on every stock transaction.

The argument is that small and medium-sized investors wouldn't really notice the tax, but it would raise a significant amount of revenue from major trading firms.

“This would discourage numerous financial transactions. People flip their assets several times in an hour or a day," said Lee. "They make money but does it really add to the productive base of the United States?”

Hedge funds and large banks that are making money via high-frequency trading would take the main hit. According to the newspaper, high-frequency traders use powerful computers to conduct hundreds of thousands of orders in mere seconds, taking advantage of slower traders.

Goldman Sachs is cited as an example of the type of firm that would pony up under the tax. The Wall Street firm reported second quarter profits of $3.44 billion, transaction tax advocates note, as most other economic sectors are still stumbling along.

While there is some interest in the House, according to The Hill, this type of tax isn't being discussed in the Senate. Yet.

Hat tip to Rob Cashman aka @HoustonLawy3r on Twitter

The answer IS NOT TAX MORE! It is ridiculous that this is being discussed. Lets clean up spending. This stuff infuriates me. How about if the Leader of the AFL-CIO, brought down labor costs? Wouldn't that help almost everyone also?