OK, I know I picked on states for offering tax amnesties yesterday, but now we learn the extent of why they're looking at any way possible to get any amount of money:

Taxes collected by the 50 states dropped by 11.7 percent overall during the first quarter of 2009, compared to the same period a year earlier -- the largest such decline in . 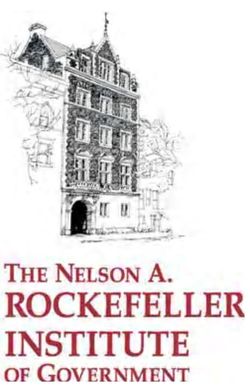 That discouraging word on state revenue comes from the latest report on state finances by the Rockefeller Institute of Government, the public policy research arm of the State University of New York.

Overall, state tax revenues fell to the lowest first-quarter level since 2005, according to the Institute. The drop was sharpest when it came to collection of personal income taxes, which showed an unprecedented decline of 17.5 percent.

Forty-five of the 50 states experienced revenue drop-offs. And of the eight regions into which the Institute divides the nation for its studies -- New England, Mid-Atlantic, Plains, Great Lakes, Southeast, Southwest, Rocky Mountain and Far West -- every one recorded lower total state tax collections.

It's no surprise that the Far West took the biggest hit (hello, California), with a 16 percent drop.

Even the good news was not that good. The Rocky Mountain and Plains regions also had declines, but at least they were in the single digits: 5 percent in the mountain region and and 6 percent in the states just to its east.

Local OK, states to get worse: Rockefeller Institute researchers note that local tax collections fared better than state taxes. At the lower governmental levels, there was overall growth of 3.9 percent in the first quarter of 2009.

Want to see just how your state fared? Check out all the survey results and accompanying tables in the Rockefeller Institute's full report (PDF format).