If the numbers from a recent wealth survey are correct, then the healthcare surtax might be on shaky ground. 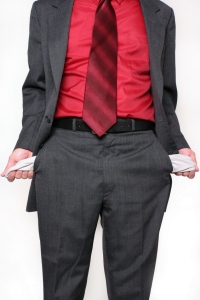 Financial Advisor magazine, the publication for, you got it, professionals who offer financial advice, says that the number of wealthy individuals in the United States is dwindling. (Thanks to Twitter buddy CPA_Trendlines for the tip.)

The number of high-net-worth individuals in the U.S. with at least $1 million in investible assets fell 18.5 percent last year, according to the consulting company Capgemini.

The magazine says that the news is a bit better for the flush in the 10 U.S. metro areas with the largest high-net-worth populations. Those spots are, as defined by Paris-based Capgemini's 2008 U.S Metro Wealth Index, New York, Chicago, Washington, San Francisco, Boston, Philadelphia, Detroit, San Jose and Houston.

And in those locales, the rate of asset decline was a bit less, only 15.7 percent.

Among them, New York registered the smallest decline at with San Jose showing just a slightly larger, wealth reduction.

My Lone Star State neighbor, Houston, fared the worst of the group. Its 21.1 percent drop was the only metropolitan area among the wealthiest top 10 to exceed 20 percent.

And in the rest of America: Among the U.S. cities that didn't make Capgemini's high-net-worth top 10, the news is downright depressing.

The sharpest drops in wealthy residents were recorded in Orlando, down 42 percent; Las Vegas, a drop of 38 percent; and Phoenix, which saw its wealthy factor fall 34 percent.

Of course, these three areas also share other attributes. Each city benefited from rapid gains in wealthy residents, thanks in large part to booming real estate markets back in the day. However, when their real estate bubbles didn't just burst but exploded, followed by the ensuring overall economic downturn, their fortunes also took a nosedive.

The financial counsel professionals reading Financial Advisor obviously are concerned about this turn of income events, as it means their pool of clients is shrinking. Not only do folks have less to invest, but they also might tend to be a little more hesitant about handing their money over to someone else.

But healthcare policy makers also might be well advised to worry about the diminishing pool of wealthy individuals.

Fewer rich to face surtax: A surtax on the wealthiest taxpayers as a way to pay for a revamped U.S. healthcare system is now under contentious consideration.

But if there are indeed fewer rich folks, the amount of money the proposed surtax might bring in obviously will be affected.

As all you well-informed readers already know, the surtax is getting a lot of ink. I have touched on the topic a couple of time, in State + federal health tax = 50%-plus rate and Healthcare surtax not progressive enough.

My surtax progressivity post was cited by The Tax Lawyer's Blog in his Surtax Talk, Or Around the Taxosphere in 80 Seconds. Other tax blogging surtax thoughts included in that roundup post come from Tax Update Blog, TaxProf Blog, Taxgirl, Tick Marks and TaxVox.

And after testimony last week from the head of the Congressional Budget Office on what he sees as the fiscal inadequacies of proposed healthcare reform legislation, expect the surtax heat to be turned up even higher.