There's word out of D.C. that some lawmakers want the country's beautiful people to pay for healthcare reform. 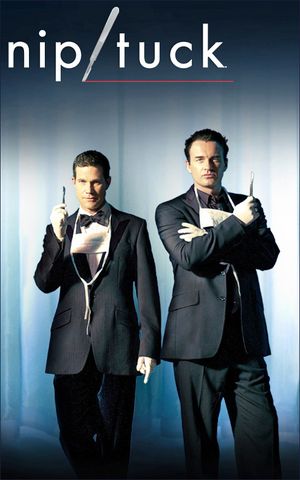 To be precise, they want the beautiful people who got their good looks thanks to plastic surgery to pay.

Personally, I plan to continue to age gracefully, mainly because my pain threshold is markedly lower than my vanity threshold, so this proposed tax wouldn't affect me. But I still think it's a bad idea.

It singles out a group.of taxpayers who, for the most part, already foot these types of medical bills on their own since tax law doesn't allow for purely cosmetic surgery costs to be counted as deductible expenses.

Plus, it makes the implicit assumption that folks getting face lifts or tummy tucks or various enhancements are wealthy. That's not necessarily true.

People with body image issues that they think can only be fixed by a plastic surgeon's knife can be found in all economic levels. Some folks scrimp and save so they can get the nips and tucks done. To make them pay more would add tax injury to their already stretched bank accounts and damaged psyches.

Heck, they'll need that 10 percent to pay a therapist after they discover that a resculpted whatever didn't magically make their lives perfect.

So you lawmakers in Washington, D.C., known in some circles as Hollywood for Ugly People, who are floating this idea, you best find another way to reshape the financing of healthcare reform.

i never thought this could be possible, taxing cosmetic surgery operations!!!

Why pay extra tax for looking beautiful. It seems that law body is trying to loot people this is not good at all. If some one want's to look young and beautiful than why charge extra from them I just can't understand and this should never happen at all.

I absolutely agree that just wanting a facelift does not ensure you are rich...have to check out other things also.It is a personal choice to spend ones money.

That's crap. Lots of people having plastic surgery use carecredit to pay for it. They certainly aren't rich. That was just an all around bad idea. I'm glad it hasn't gone through....yet. But it could in the future. I think those lawmakers are just jealous that plastic surgery patients have the guts it takes to improve their looks and are determined enough to go under the knife to get what they want.

Great article. I find it very frustrating how Washington feels it's okay to tax everything.

Doctor's are already charged with taxes for their professions, consumers/people pay's taxes every payday, government shouldn't ask for taxes on this kind of matter.

I agree, taxes should be equal to all. Not all surgery is for vanity purposes only, it is also used to improve confidence on oneself for work purposes. Cosmetic'>http://www.drcalvertmd.com">Cosmetic

That's it! being vain really is a pain in the pocket.

Clearly, the government will COST you money. And free markets will SAVE you money. Example. Professional Teeth Bleaching. You pay: 110% with the new tax. 50-75% in a free market economy, through available discounts. See http://dentalcool.blogspot.com/2009/11/cosmetic-teeth-whitening-dental-plan.html Your pick. Now of course, you don't want companies in bed with the government, that is just not free markets anymore.

This has nothing to do with race or gender. this is a take over of the american people so the goverment can control our society. I find this crazy, insurance companies wont pay for the surgery, it is paid by the individual and with the assumption that the money they are useing is from working and has already been taxed to the hilt. this is all about goverment control. so whats next vacation tax??? If this goverment passes this who's next? If they would stop wasteing tax payers money and focus on our country we would be ok, but instead we go in and bomb the hell out of china, iraq etc then pay to rebuild them so our tax dollars go towards the destruction of other countries then the rebuild of those countries. plastic surgery tax, ha, I never thought I would be alive to hear this one and I am 39 yrs old. and I may want that option to have a surgery, just like 3 years ago I had lasik for my eyes and had to finance that if it would have had a tax I would have never been able to afford the procedure. soon they will have a telivision tax for anyone who has cable or dish. tax more on alcohol, tabaco. I think if we let this tax pass with out a fight soon they will tax medications! eating out, etc. for any of you whom believe this is ok, it's not, this is not about the luxury of changing ones appearance or improving it this is all about GOVERMENT CONTROL. what happened to the land of the free, we are all caged like animals with the satelite cameras etc. some of you mention taxing other things and events, NO. the Goverment needs to take a pay cut and fund the defecit, do you really think the house, senate etc worry about food, electric, gas, living expense. look at the payroll of our goverment. why should we the american people suffer any more, WHY SHOULD WE TRY TO CONSIDER SOME OTHER CRAZY TAX OVER THIS ONE. They take and take from us with empty promise and hope! look around yourselves we are not free, I know now in my life time I will be on this earth to see GOVERMENT LOCKDOWN. boarders closed, guidelines and new rules (laws) as well as curfews around the nation. we will have the rich and the poor as the poor will die off and the mass production of human kind will be limited. how much is a marraige license??? why not triple that fee, marraige this day and age is nothing because it is easy to do and easier to divorce. taxing couples for each child they produce, taxing the elderly for medications they need to survive so they wont be able to purchase it and they will die sooner saving the goverment from supporting them any longer. I disagree with all of this. I believe we should stand as one nation and do not allow the goverment to take over our personal lives. I know I will not go down with out fighting every tax they try to impose because of poor spending on the goverments part! I am proud to be an american but who ever is laying in bed at night dreaming up these crazy ways to raise money to save the goverment is insane! when is enough going to really be enough??? some may not agree with my view on this but I do, and it will boil down to a controlled society and if you dont blend well with it and conform then your gone! I'm going to go write a book now a best seller, I bet they will try to tax me on every letter I write. to anyone who reads my comment peace be with you and believe in yourself and what you believe is right and wrong.

Really liked this post. I will have to bookmark this site to tell my friends.

As far as I see it, when an industry does well, the government is just so eager to tax it. It only means more revenue to abuse.

It is unjust to single out one industry for higher taxes if that industry is not harmful to society. What harm does cosmetic medicine commit? What does it have to do with healthcare reform any more than the automobile or the computer industry? If they want to raise taxes do it across the board rather than scapegoating individuals.

The medical aesthetics industry is under attack!

The US Government is pushing for 10% Plastic Surgery Tax on cosmetic procedures which are not deemed medically necessary.

Your action is needed now! Help us stop the 10% Plastic Surgery Tax!