What do your hairdresser (or barber for you manly men who refuse to visit unisex hair salons) and your tax preparer have in common?

In most places, absolutely nothing. And that includes a license to operate.

Juana, who cuts both my and the hubby's hair, has her State of Texas certification document posted on her station's mirror. Every time I sit in her chair so she can clip a few inches, I can see that the Lone State State has deemed her qualified.

But when I pay someone to help me sort through my federal tax return, neither Texas nor Uncle Sam officially care.

That could be about to change.

By year's end, IRS Commissioner Douglas Shulman plans to propose a comprehensive set of recommendations to help his agency "better leverage the tax return preparer community with the twin goals of increasing taxpayer compliance and ensuring uniform and high ethical standards of conduct for tax preparers."

In plain English, Shulman and his IRS colleagues are looking for ways to keep tabs on who is getting paid to prepare tax returns and make sure they are doing the job properly.

"When people pay good money, they should not get bad advice," said Shulman. 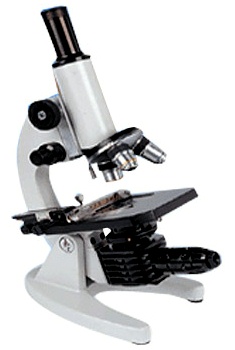 Troubles with a tax trend: During a press telephone conference, Shulman noted that changing times have in part prompted the IRS' consideration of putting tax preparers under a more powerful microscope.

"We've seen a transformational shift in the U.S. tax system. Very few people sit down with pen and paper and fill out their 1040s," he said. "Instead, now more than 80 percent of taxpayers go to a tax professional or use tax preparation software to help them file their returns."

While you and I find this is the best way to get our taxes done with the least possible pain, Shulman and others see a major problem with this trend: There is no national standard for tax preparers.

On a more local level, California and Oregon regulate preparers in those states.

But in other places, as New Jersey accountant, tax preparer and The Wandering Tax Pro blogger Robert D Flach puts it, "as it is now, any cafone can put out shingle as 'tax pro.'"

That's part of the reason that Flach is pro, with some caveats, the proposal to regulate tax pros.

Pro regulating tax pros: "I support a national 'registration' of unenrolled tax pros plus an annual CPE (continuing professional education) requirement," wrote Flach via Twitter. "I am against requiring all unenrolled pros to take test to be permitted to continue to practice (as Congress wanted). It would be literally impossible for the IRS to administer."

"While I am skeptical of government regulation, I think this is an area that begs for it.

We have had many clients come to us over the years who have been duped by unscrupulous or merely incompetent unlicensed tax preparers."

Iowa CPA Joe Kristan, who also is author of Roth & Company's Tax Update Blog, sees the issue a bit differently. "I think it will cause more harm than good," Joe told me via Twitter.

At his blog, Joe elaborates on why he has a dim view of the IRS approach, saying in part "the IRS already has severe penalties that it can impose to deter and shut down abusers. If the current amount of bureaucracy isn't effective, more and bigger bureaucracy probably isn't the solution."

Ease into it: Inept and downright criminal tax preparers certainly need to be shut down and penalized. But right now, I'm leaning toward a slow approach to this problem.

I like the idea of starting with a registry. I suspect if people had to let Uncle Sam know they were taking money to prepare returns, a lot would think again. This obviously wouldn't eliminate the out-and-out scammers and fraudsters, but it could dissuade those who realize that they really have no business preparing tax returns.

Of course, you then have to make sure that folks know that preparers are supposed to be registered and then double check that they are. But more stringent rules, at least initially, probably would have a limited effect while adding to IRS administrative costs.

Public meetings on the way: These are just the kind of issues the IRS wants to sort through before coming up with any specific way to deal with paid tax preparers.

In addition to seeking comments from tax pros -- ranging from those currently without any official credentials to enrolled agents, lawyers and accountants -- the IRS wants input from consumer advocates, software manufacturers and individual taxpayers.

I'm sure the National Taxpayer Advocate Nina Olson also will officially weigh in. Among Olson's 17 legislative recommendations to Congress in her latest annual report, she called once again for federal oversight of preparers.

To gather all the various opinions, the IRS will hold open meetings around the country. The dates will be posted on the IRS Web site, so keep checking there -- and here at Don't Mess With Taxes -- for details as they are made available.

Thank you, TWTP, for your comprehensive comments on the issue. I hope the IRS has a forum in your neck of the woods!

It is funny that you should start out your post asking what a barber and tax preparer have in common.

While walking on the main commercial street in my section of Jersey City, NJ several years back I came upon a barbershop. In the window was a sign advertising "Tax Returns Prepared Here".

It appears that you could get a haircut and manicure and have your 1040 prepared all in the same sitting!

Many years ago when starting out on my own I considered renting a desk at a local real estate or insurance office during the tax season. It never occurred to me to rent a chair at a barber shop!

Just another example of "any cafone can put out a shingle as a tax pro".