Last week, the IRS asked for public input on a proposal to, as it put it, "simplify the procedures under which employers substantiate an employee's business use of employer-provided cellular telephones or other similar telecommunications equipment."

Actually, what the IRS was trying to do was increase enforcement of the existing tax law, which is complicated, misunderstood and essentially ignored by both employers and employees. 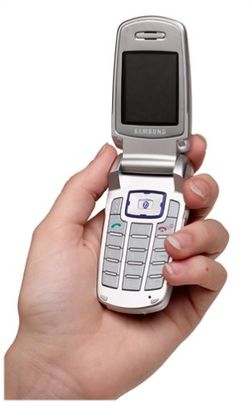 One IRS proposal was to count 25 percent of employee cell phone use as personal. That percentage then would be taxable income to the employee. My tax blogging colleagues taxgirl and Tax Update Blog did a very nice job of discussing the IRS' original announcement. So did John Cummings in his Big Fat Finance Blog.

Sorry, wrong number: Well, the IRS got public comment alright, but not exactly what it was hoping for. Employers, employees and the new and old media chimed in, en masse and vociferously, on the issue.

My favorite reaction was from a Wall Street Journal editorial writer (and it's not often I say that!), who asked, "What's next, a tax on each sip of office coffee?"

The WSJ piece also was quite prescient when it opined, "The political class may come to regret stepping into this minefield, however, and not only because this is precisely the sort of common non-sense that incites tax revolts."

Hang up and redial please: So today, the IRS hung up on its call for stricter "simpler" cell phone usage taxation.

In a two-paragraph statement issued this afternoon, Shulman said:

This month, the Internal Revenue Service asked for comments on ways to simplify compliance with rules related to employer-provided cellular telephones. The current law, which has been on the books for many years, is burdensome, poorly understood by taxpayers, and difficult for the IRS to administer consistently. Some have incorrectly implied that the IRS is "cracking down" on employee use of employer-provided cell phones. To the contrary, the IRS is attempting to simplify the rules and eliminate uncertainty for businesses and individuals.

Although some of the proposed changes would add clarity, the current law will inevitably leave widespread confusion among employees and businesses. Therefore, Secretary [Timothy] Geithner and I ask that Congress act to make clear that there will be no tax consequence to employers or employees for personal use of work-related devices such as cell phones provided by employers. The passage of time, advances in technology, and the nature of communication in the modern workplace have rendered this law obsolete.

You've got to give Shulman a lot of credit here. As we say here in Texas, he really manned up and admitted that his original effort, while based in current tax law, was a bad idea and now is seeking to clear up the cell phone tax matter in a more rational manner.

Still talking about it: You can read more on the IRS' redialing on cell phone taxation story in the Wall Street Journal, the Associated Press, MarketWatch and Reuters.

Bloggers discussing the latest developments are TaxProf, and taxgirl, who makes a great point about every affected, and voting, cell phone user letting their Senators and Representatives know that you're now in the IRS' corner on the tax repeal.