Taxes are used for a lot of things other than just adding money to state or federal coffers.

Taxes help shape public policy, or vice versa. Take, for example, all the family-friendly federal taxes, such as dependent exemptions, the child tax credit and the child and dependent care tax credit.

Taxes also are a nice add-on for law enforcement. Consider the states that tax illegal drugs. Sure, making dealers buy tax stamps does add some money to the state treasury, but when they don't, it's also a handy charge to add to the list of felonies. In case some of those fall through, the tax issue is pretty cut and dried and at least lawmen will have nailed the drug dealers on something.

Just look at how well that worked out for Uncle Sam when it came to Al Capone. 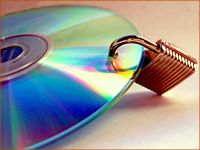 That legendary Chicago mobster's name was invoked again this week in a Tech Dirt story discussing the possibility that unauthorized digital downloaders could be charged with tax evasion.

The state of Washington has passed such a measure, which is scheduled to go into effect July 26. Critics say that under a strict reading of the details of the bill, it looks like the state could go after unauthorized downloaders as "tax evaders."

The Q&A below has posed some particular pique among concerned downloaders:

From that, suggests Tech Dirt, you might conclude that anyone in Washington state who downloads unauthorized files is now expected to pay a tax based on the "retail selling price" of the files. And, from there, it's not hard to see how that folks who fail to pay such a tax could be seen by Evergreen State officials as tax evaders.

Use tax extension: It looks to me that Washington has essentially clarified its use tax. Good luck with that, since folks nationwide regularly ignore this companion to sales taxes.

With use taxes, if you buy something elsewhere but bring it back to your tax home to use, then you owe your home state's tax collector a use tax for that product.

States typically impose a use tax to compensate for the sales tax it doesn't collect when residents buy items outside of the state, but use it within the state. For example, you buy your car in Oregon, which has no sales tax, then drive it home to neighboring Washington, with its 6.5 percent sales tax. When you get home and register your new auto with the proper authorities, the state taxing authority will get its share of the sales tax it would have collected had you bought the car within the state.


Of course, a car is easy to track, since it has to be registered. But no so that HD TV you also picked up when you went down there to buy your car.

Digitally, when you download a product from the vast online outside the state's official borders, the Washington Revenue Department still wants its tax cut.

Discuss among yourselves: As you might expect, there are lots of interesting (and concerned) comments, along with additional questions, being raised by Tech Dirt readers. A common theme is the effect on free downloads.

My question concerns artists who donate their music though. The law seems to imply that if a band gives its music away, we have to pay a tax on it. That's really stupid. It's not like you have to pay taxes on watching commercials...

So if it's not actually for sale anywhere, can the state still expect a tax payment on the unauthorized download?

I'm presuming folks downloading items put out there as free wouldn't be considered unauthorized downloaders since the company, artist, etc, are allowing anyone to have access and use of the product. The state's online information on the tax seems to bear that out, noting:

But another poster says that's not necessarily so. Ima Fish, who identifies him/herself as a lawyer with a concentration in IP and who is currently working as a clerk for a judge in the Midwest, says "You'd have to pay taxes all free downloads, including open source and music promotional samples!"

Free but not tax free? Ima points to another section of the online Q&A discussing exceptions:

Digital goods that are not offered for sale are exempt from tax when they are:

If you're a professional musician, your "free" song is not "noncommercial" under the law, says Ima. It would not be created for an internal audience, unless the artists wanted to put a bunch of hoops fans would have to jump through to get it. And because music is the type of digital good that is offered for sale, the last exception wouldn't apply either.

I think even streaming samples on Amazon would be covered under the "streamed and accessed digital goods" section combined with the section which states that "It does not matter if the purchaser obtains a permanent or nonpermanent right of use," continues Ima.

Are there any digital property tax experts out there who care to weigh in? Since states tend to follow each other when it comes to new ways of collecting revenue, I'm sure this is happening in most of the other states that collect sales taxes. Slashdot has a brief look at some of the other jurisdictions doing the same thing.