If you believe the old saying that things come in threes, we should be done, at least for a while, with the passing of pop culture icons.

Hey, everyone grieves in his or her own way. 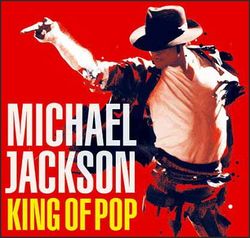 Michael mania: As soon as Jackson's death was confirmed, the online auction company was flooded with items related to to the singer-dancer-songwriter. My last search showed 21,914 items for sale.

The priciest piece of memorabilia so far is an original signed Fedora, one of Jackson's trademarks, with a starting bid set at $4,995. Or you can buy it immediately for $9,750 plus the $46.05 shipping fee.

No prospective takers yet.

Don't have any Michael items to sell? Just wait. One company is said to be producing mousepads and drink coasters with "R.I.P Michael Joseph Jackson August 29 1958 - June 25 2009" printed on them.

Another vulture seller reportedly is checking out just how much the Internet domain name ripmichaeljacksondead.com will fetch.

Auction already in place: In a morbid coincidence, an auction already was scheduled today to sell off some Michael Jackson items.

According to the Las Vegas Sun, Julien Auction’s annual summer bidding on celebrity memorabilia kicks off this afternoon at Planet Hollywood with lots from both the King of Pop and the father-in-law he never met, the King himself, Elvis.

"While the timing is impeccable," notes the Sun, "the auction was planned well in advance of Jackson's passing…." There are 21 Jackson- and Jackson Five-related auction items, including vintage photos of Michael from the 1970s, early concert posters and Jackson-worn costumes.

If you want to catch a flight to Sin City, the event runs from 2-to-5 p.m. Pacific Time.  There are no reserves. 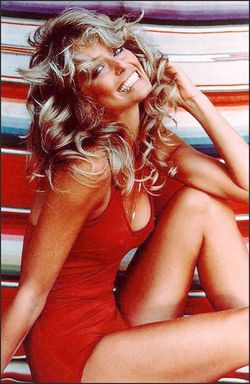 I suspect some of my former high school classmates have already called home to see if Mom still has that classic poster tucked in a box with all the other stuff they left at home.

The highest asking price so far on eBay for that piece of paper autographed by the actress is $549.99.

Tax implications of online auctions: Aside from making us focus on mortality, taste and our fixation with celebrity, the online sale of items, celebrity connected or not, also brings up some very real tax issues.

The IRS has long been trying to make sure sellers of items on eBay and other online auction sites properly report any taxable income.

All income from auctions, traditional or online, and consignment sales is generally taxable unless certain exceptions are met, says the IRS. This income is usually considered either "business" or "ordinary" income.

In certain circumstances such income can qualify for capital gain treatment. There are also some exceptions where income can be excluded from taxable income.

Generally, according to an IRS Fact Sheet created to address auction tax issues, you must report a gain from a sale. A reportable gain is the income above the original cost or basis of the item. These gains may be business income or capital gains.

The agency also has created a comprehensive Online Auction Sellers Tax Center to help you decide if the $50 you got for your Jackson Five or Charlie's Angels lunch box is taxable income.