I am mad at my doctor. I went to see him today and he wouldn't prescribe me any medicine!

Now I'm not a hypochondriac. I usually just tough out ailments. But I was sure I had a sinus infection. My left ear and neck hurt. I've been alternately sneezing and coughing. There's the persistent headache. And I have a few other ickier symptoms, but I'll spare you a description of those.

Anyway, after two days of this, I went to my doctor. He says it's just a cold.

It doesn't feel like just a cold, but…. At least he promised that if I'm not feeling better by Friday, he'll call in an Rx for me.

He's probably right. I don't have a fever and I am feeling a bit better today than yesterday. Still, I was only trying to nip this in bud so it didn't get any worse.

Paying for medical care for all: Maybe my reaction is part of the health care problem facing America. People spending too much on treatments that are unnecessary, taking up doctors' time for treatment of minor ailments.

But at least, thanks to the hubby's employer, I have medical insurance and could get in to see a doctor, rather than resorting to showing up at an emergency room or clinic if things didn't get any better.

The big national discussion going on now is how to make sure everyone has access to medical care, both for routine care as well as full-blown traumas. The bigger discussion is how to pay for such comprehensive access.

Currently, according to the Senate Finance Committee's report on ways to pay for comprehensive health care reform, we already spend 17 percent of the federal budget in that area. 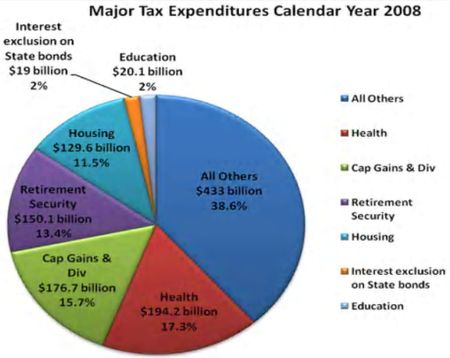 And, as promised, here are some more ways the Senate Finance Committee leadership is proposing to bump up that expenditure percentage in order to raise the revenue necessary to expand health care coverage.

Individuals enrolled in high-deductible health insurance plans can set up HSAs, from which they can withdraw money to pay for qualified medical expenses. HSA contributions are not considered income for tax purposes, and the accounts' earnings accumulate tax free as the balances roll over from year to year.

One Senate Finance Committee proposal would restrict HSA contributions to the lesser of the individual's deductible amount or the statutory limit. A second option would increase the penalty, from 10 percent to 20 percent, for withdrawing money from an HSA for non-medical expenses. A third proposal would require certification that HSA withdrawals were made for medical expenses.

FSAs also are a popular tax-advantaged way to save on medical costs. As with HSAs, FSA owners can contribute an tax-free income to a the account and then be reimbursed from it for eligible out-of-pocket medical expenses. Unlike HSAs, though, FSAs do not roll over from year to year; they operate on a use-it-or-lose-it basis. The Finance Committee is considering limiting the amount that can be contributed to an FSA or eliminating the accounts altogether.

Medical expense definitions
Just what is a medical expense? That often depends on a taxpayer's personal circumstances.

It also depends on where they are claimed. Some medical expenses allowed to be reimbursed by FSA money don't count as eligible expenses when you're itemizing medical costs on your Schedule A.

The Senate tax-writers are looking at changing these variations. Instead, the policy option would apply a standard definition of qualified medical expenses across the board.

In light of those numbers, the Senate Finance Committee policy document includes the possibility of eliminating the itemized deduction for medical expenses completely. In the alternative, they suggest raising the 7.5 percent floor even higher.

Speak up: As I mentioned in yesterday's blog item on the Senate Finance Committee's interest in imposing a sin tax on sodas and other beverages, most people react to taxes only when they directly affect their lives. Would any of these health care revenue raising options cost you?

You can let me and other Don't Mess With Taxes readers know by leaving a comment.

You also can tell the Senate Finance Committee directly by sending your thoughts to Health_Reform@finance-dem.senate.gov. The committee will be accepting public comments on its financing policy options through next Tuesday, May 26.

I don't have a huge opinion on this either way--none of the proposed changes would affect me much at all.

But I wanted to say great idea including the email address for the Senate Finance Committee right there in the post.

Follow the $$$. To lower health care costs, kill the insurers.