A lot of attention is being paid, and rightly so, to the tax provisions in Obama's first budget. My blogging colleague William Perez examines in his Tax Planning Blog those proposals, which he notes hold the possibility, If all are enacted, of generating an additional $61.7 billion in tax revenue for the federal government.

That's a lot of money, a lot of our money, so we definitely need to pay attention. But a president's budget is just a starting point. We've got some time, and a lot of Capitol Hill haggling, before any, much less all, of Obama's tax wish list becomes law. 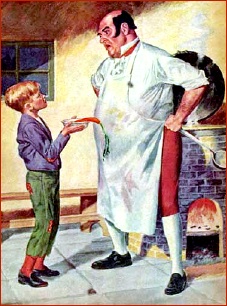 Meanwhile, many other levels of government are struggling to fill their budget gaps in, shall we say, creative ways. Where they see a chance to enact new taxes, they go for it. Where a tax already exists, they echo Oliver and ask, "Please, sir, may I have some more?"

I mentioned a few days ago the proposal by the mayor of Providence, R.I., to get some tax money from college students and nonprofit institutions.

According to the Post-Gazette, the mayor wants to keep the parking tax at 37.5 percent instead of complying with the state-mandated cut to 35 percent. That would give Pittsburgh around $3 million a year. Plus, a hike in the $52 tax on those who work in the city, to $145, could bring in $23 million.

As for nonprofits, extending the 0.55 percent tax on business payrolls to tax-exempts like hospitals and universities could net Pittsburgh $16.5 million.

Ravenstahl's idea, however, is not getting a warm reception from Pennsylvania lawmakers. The word "non-starter" apparently was uttered.

Massachusetts' out-of-state effort: On the state level, those tax collectors also are looking far and wide for new revenue.

BusinessWeek is reporting that "cash-starved states like Massachusetts are going after businesses that profit from their residents but are headquartered outside their borders." (Thanks to Twitter buddy @CPA_Trendlines for the tip.)

Massachusetts tax collectors recently got the OK from the state's highest court to go after taxes from companies headquartered elsewhere. The ruling was based on the Bay State's effort last year to collect more than $2 million in taxes from credit-card giant Capital One Financial. Massachusetts argued that since Cap One made a sizable chunk of money from cardholders who live in the state, the company had to fork over taxes to Massachusetts on the income.

The fight isn't over. Cap One is likely to ask the U.S. Supreme Court to look at the matter.

But the approach is intriguing. And as the BusinessWeek article notes, the country's top court may not be sympathetic to the credit card company.

"The justices refused to review a similar case in 2007 involving MBNA (BAC), now owned by Bank of America (BAC)," writes Jessica Silver-Greenberg. "Indiana courts decided the credit-card issuer owed taxes on fees and interest paid by local cardholders. Like Cap One, MBNA didn't have an office in the state."

If Massachusetts succeeds in getting taxes from Cap One, expect the trend to extend: "Tax experts and lawyers figure states also may go after insurers, online retailers, software makers, and other companies that mainly operate in a single state but have customers across the U.S."

And the millions of customers across the country also will probably be the ones paying more to cover income that companies suddenly find is taxed.

Worse finances than expected: The reasons that cities and states are looking at any and every possible revenue source is no surprise. They desperately need money now. And things probably won't get better any time soon.

In fact, the size of states' budget deficits and the severity of the problems may be even greater than previously thought, according to panelists at last week's National Tax Association 7th Annual State-Local Tax program held in Washington, D.C.

Nicholas Johnson, head of the Center on Budget and Policy Priorities' State Fiscal Project, told the gathering (per a report in Tax Analysts) that, "By our count, 34 states have already cut services to families. At least 16 states have raised taxes."

Scott Pattison of the National Association of State Budget Officers said it likely will be fiscal 2011 before state revenues rebound to 2008 levels, and states won't likely see growth budgets until fiscal 2012.

Is your state or city blazing new tax trails a la Providence, Pittsburgh, Indiana and Massachusetts? What new or expanded taxes are you facing, or might encounter, because your town or state is having budget problems?

if you tax people to death that are jobless people will leave and find greener grass elsewhere.the people that don't will stay will refuse to work. privite companies produce jobs & strengten emcomony.the world is a very big place.are families yhave been moving where priviteirs have been going for over 150 years all around the world

Thanks for the cross-link, Kay. I've seen a slight increase in city audits over things like business licenses and business taxes. I hope the MA ruling doesn't create a trend. I have clients in lots of states, and filling out all those forms would be a major hassle. I am searching the Mass. DOR web site now to figure out if I need to file a return to report income from the clients I have in that state. The closest thing I could find is this discussion of Mass. Nonresident Income Tax, which leaves a lot to be desired in terms of clarity.