Kansas holding onto refunds, too

About a month ago, California officials announced that fiscal problems had prompted them to put a hold on state taxpayer refunds. 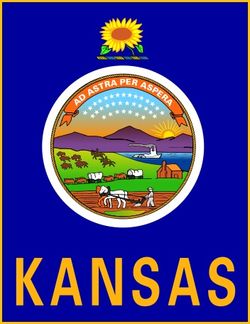 The Wichita Eagle reports that the state is suspending tax refunds and doesn't have enough money in its main bank account to pay employees.

Democratic Gov. Kathleen Sebelius had suggested transferring the necessary money from other state accounts, but such a move requires legislative approval and the GOP refused Monday to allow it.

Rather, Republican lawmakers want Sebelius to sign a bill that makes adjustments to the Kansas budget for the fiscal year that ends June 30.

Thanks to fellow personal finance bloggers and Twitterers @bargainr and @fcn for the Kansas tax hold heads-up.

You rarely hear about companies of that size being unable to meet payroll. Is it because Kansas can't or won't go into anything like bankruptcy, or because they can't afford to hire a CFO? It can't be a general competence thing, since they seem to have handled the actual crisis fairly well -- short on cash, but not showing huge losses.