A national tax amnesty is the answer

The full Senate today approved its economic stimulus package. Now a House-Senate conference committee will have to come up with a melded version that can then be OK'ed, once again, by both legislative bodies before going to Obama for his signature.

But one former IRS attorney says there's a much simpler way to stimulate the economy and put more money in our deficit-ridden federal coffers: a national tax amnesty.

Tax amnesties are popular with state tax departments. The Federation of Tax Administrators has a list of such programs that have been offered since 1982.

In these cases, a state's delinquent taxpayers are allowed for a specific period to pay up what they owe. In return, the state will not collect penalties and in some cases forgo interest, too, just to be able to close out the accounts.

Once folks have paid up and no longer have to worry about looking over their shoulders for the tax collector, they tend to continue to pay their taxes, this time on time.

Time for a national amnesty program: In a guest column for the Cincinnati Enquirer, former IRS attorney Howard Levy says the same thing could work on a national scale. 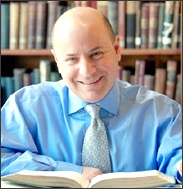 People often fall behind on their taxes for legitimate reasons that cut into, or even cut out, their earnings -- job loss, medical emergencies, loss of a spouse or divorce. When folks are short of cash, the tax man goes to the bottom of the list.

Once they are back on their feet, however, too often these filers remain delinquent and, in many cases, simply discontinue filing altogether. Part of the reason for dropping out of the tax system, says Levy, is that interest and penalties double the original tax liability every five years.

"Someone paying $100 monthly on a $20,000 IRS debt will find that the amount owed actually increases, not decreases, because of the interest and penalties," he writes.

But by allowing taxpayers to come forward with their taxes, and proving relief from the interest and penalties if the tax is paid when the returns are filed, the IRS could get these folks back in the system, not to mention the money it would bring in.

To ensure future compliance, suggests Levy, implement a five year probationary period that would require the amnesty participant to stay current on all future obligations.

The IRS has already announced that in these trying economic times, it's willing to work with people facing financial difficulties. Levy's amnesty suggestion is another way to do just that.

Right on, Howard! I have been calling for a Federal Tax Amnesty Program for years. It is a win-win situation for all involved.