The Jan. 1 effect on your taxes 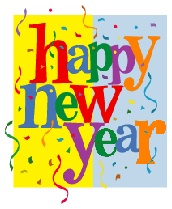 The beginning of a new year is momentous in many ways, not the least of which is how it affects your taxes. For most of us, Jan. 1 means that the previous year's taxes are set. What we earned last year is what we'll owe tax on. And once the calendar page flipped to January, ways to cut that tax bill were dramatically reduced.

But the actual date of Jan. 1, 2009, also plays a big role in the 2008 taxes of many filers. The IRS use of the first day of the year as a benchmark could, depending on your individual circumstances, affect the tax rate you owe, the form you'll send in or even whether you have to file at all.

IRS age and filing requirements: Let's start with whether you have to file a 2008 return. There are many factors that come into play here, primarily how much you earned. Make over a certain amount, and the IRS wants some type of 1040.

But if you were 65 or older at the end of the tax year, you generally can make more money before you have to file. And the IRS has a birthday and tax present for some older taxpayers.

This table details the earning amounts at which tax-filing kicks in for 2008 returns.

By being (or considered) age 65 or older in 2008, you also might be able to claim the tax credit for the elderly or disabled.

IRS age and your retirement savings: The first day of this new year also comes into play in connection with required minimum distributions from certain retirement accounts, such as traditional IRAs and some company pension plans. These mandatory withdrawals are triggered once you turn 70½.

The IRS says the rule is to make sure that most of your retirement benefits are paid to you during your lifetime, rather than to your beneficiaries. Right. And it's just a coincidence that once these payments are made, the IRS, in most cases, gets a piece of the payouts.

You do, however, get a bit of timing leeway for your first required distribution. You have until April 1 of the year that follows the calendar year of your 70½ "birthday."

Remember, too, that your contributions to traditional IRAs also are prohibited in and after the years you turn 70½ and the half birthday date shifts also apply here.

IRS age and your tax return: But being deemed a bit older could hurt not only your self esteem, but also could affect your choice of return.

For example, if you want to file the easiest return, Form 1040EZ, you (and your better half is you're married and file a joint return) have to be younger than 65 at the end of 2008. No problem. You made your grand appearance on this mortal coil on Jan. 1, 1944, meaning you get in under the EZ filing requirement wire.

IRS age and the kiddie tax: It's not just older taxpayers who have to some calendar calculations. Age and birth dates are crucial to determining whether the kiddie tax affects your family.

This tax law aims to prevent parents from shifting investment income to their children in lower tax brackets. In recent years, the tax laws have been tweaked so that the kiddie tax, which effectively means that at least part of a child's investment income might be taxed at the parents' presumably higher tax rate, applies to older kids.

For 2008 tax purposes, the higher kiddie tax rate rules apply to children who had unearned income of more than $1,800. That money is taxed at their parents' rate if the young, dependent investor last year was 18 or younger or a full-time student younger than age 24.

Whew! Sorry for all the math to start off 1-1-09. I know it's a lot to wrap your head around, especially if you enjoyed an overly libatious celebration last night. And it's just these kind of considerations that argue for using tax preparation software.

But I did want to mention all these age considerations so you wouldn't be surprised if your age, or that of your dependents, comes into play when you get around to filing your 2008 tax return.

That figuring and filing, though, can obviously wait. Now I'll let you get back to your New Year's Day college football games, where the yardage and scoring computations are a bit easier.