Get your Super Bowl bets down 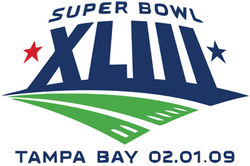 You still have a time to put a few (or more) bucks down on the game.

Folks who apparently are in the know tell me that bets can be placed right up to the 6:20 p.m. Eastern time kickoff.

And if your picks pay off, you are ready to share your good fortune with Uncle Sam, right?

As I note in this story, the Super Bowl and all its associated betting just highlights a perennial problem the IRS has, the collection of gambling income.

Legal bets placed in Nevada aren't an issue. The sports book folks there keep track of payouts and follow the laws about reporting who wins what.

But most of -- OK, all of -- those illegal bets will do the U.S. Treasury no good. Even though the IRS expressly warns folks that ill-gotten gains are taxable income (Publication 17, Chapter 12), few -- OK, none -- report it.

You can bet the house on that.

Picking the props: Even if you don't really care who wins today, the folks in Nevada have other ways you can participate. You can place a prop, short for proposition, bet.

As the Las Vegas Sun notes, the city's sports books offer plenty of these bets that have little to do with the actual outcome of the NFL's biggest game. The Las Vegas Hilton sports book, for example, has more than 400 available.

Here are a few of the goofier possible Super Bowl-related wagers:

Which will be greater, Hines Ward receiving yards or Sergio Garcia's fourth round score?

Which quarterback will NBC commentator John Madden mention by full name first after the opening kickoff?

Will Barack Obama bring back the tradition of calling the winning team before the broadcast goes off the air?

What song will Bruce Springsteen sing to begin the halftime show?

How many times will NBC show Brenda Warner (Arizona Cardinals quarterback Kurt Warner's wife) on TV during the game?

Which team's cheerleaders will be shown more often on camera? Here's a little tip, the Pittsburgh Steelers no longer have official cheerleaders. The Steelerettes existed from 1961 through 1970.

And, of course, what commercial will get the highest rating n the USAToday annual Super Bowl ad meter? Odds are that one of Anheuser-Busch's beer ads will win.

Sometimes, though, notes the New York Times Freakonomics blog, it pays to have your ad banned from the Super Bowl broadcast.

i completley agree with the comment posted above. All it all really means is more money to the bookie.

One thing these obscure bets encourage is arbitrage, which can mean more market activity and thus more money for the bookie. I remember a period during the 2008 elections when Presidential betting markets had prices indicating that Al Gore had a 110% chance of becoming President if he won the nomination; if there's a football equivalent (like betting that individual team members will score a lot, but that the team won't score much, if there's a discrepancy between those two odds), it might be an interesting opportunity.