Not only are commercial tax software manufacturers making free filing part of their tax season packages, the IRS is expanding its Free File program.

When that government-sanctioned electronic filing option kicks off its 2009 season on Friday, Jan. 16, it will have a new and interesting component: Free File fillable forms. Say that three times fast!

The program is more than just an alliteration lover's dream. It's a way that anyone, not just Free File eligible taxpayers, can e-file at no cost.

And it's an option that's likely to catch the eye of a Congressman or two. More on that later.

The fillable forms option will make use of special computer forms. They aren't part of the software provided by companies that participate in Free File. Rather, they are tax forms similar to their paper counterparts. but ones that you open onscreen and then enter your tax information.

You'll find them by going to Free File (a link is on the IRS home page) and then, when it's activated next week, clicking through to Free File Fillable Tax Forms.

If you've ever opened up IRS forms online, you've probably already seen this feature. But this time, instead of printing out the filled-in forms and mailing them, the Free File Fillable Tax Forms option will let you directly submit them to the IRS.

Did I already say at no cost? Sorry. But free is worth repeating, repeatedly.

And, unlike the main Free File program, there's no income limit as to who may use the fillable form option.

'Common' fillable forms: Of course, not every form will be fillable and ready to file for free. At a press conference today to kick off IRS plans for the filing season, there was no elaboration on just which fillable forms will be available.

And you have to know just what to enter into the forms.

IRS Commissioner Douglas Shulman was careful to note that the new option is not free electronic return preparation. There's no software involved or provided by the IRS.

But if you have a relatively simple return and just need a few forms or schedules, Free File Fillable Tax Forms might just be your e-filing ticket.

Software companies a step ahead: My first thought upon hearing of this option is that it could work nicely for folks who aren't eligible for Free File, but who buy their own tax software.

Some of them, including me, don't e-file because they simply don't want to pay extra, especially when they already owe the IRS. So we could do our taxes at our computer, print out the forms and then enter that data into the fillable forms and, voila, file for free.

But then I realized that all of the major tax prep software firms have taken care of this problem for the 2009 filing season. 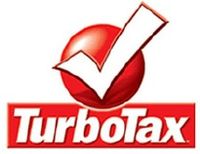 As I blogged back in September (here, here and here), both TaxCut, H&R Block's tax prep software, and Intuit's TurboTax are this filing season allowing customers who buy their programs off store shelves to e-file their computer-prepared returns without paying an extra fee. 2nd Story's TaxACT has provided this gratis service for years.

Of course, to get that freebie, you do have to buy the software. And that's a story in and of itself.

I opined back a few months ago that it wouldn't be any big surprise to see this new free e-filing option covered by a more expensive overall software package. That's what happened in Intuit's case. The maker of market leader TurboTax raised both the price of its best-selling product and the ire of users. You can read about the brouhaha here.

Meanwhile, a TaxCut representative dropped me an e-mail to make sure I knew that that software's Premium edition price was cut by $20 over last year's level.

But, as I said, that battle of company marketers is another story.

Will Congress be satisfied? As for government-sanctioned free filing, what I find really interesting is that the IRS is essentially doing at least part of what some members of Congress have been calling for over the last few years.

Free File has come under fire recently from lawmakers who want to go to an IRS-operated Web filing portal, rather than continuing to use private sector tax filing partners. Under this proposal, free filing would be available to every taxpayer, not just those who make less than a certain amount.

Fuel was added to IRS-only fire when a Treasury Inspector General for Tax Administration report in 2007 showed that some of the private industry software used on Free File produced filing mistakes.

Heck, Uncle Sam doesn't need to partner up with these folks for taxpayer e-filing. He can make plenty of mistakes on his own!

Joking aside, the tax software issue is a major argument against having the IRS handle Free File on its own. As the commissioner noted, Free File Fillable Tax Forms are just that: forms. You have to know what goes on them.

To continue Free File in its current incarnation and on its own, the IRS would have to provide tax software in addition to forms. Even if the agency was so inclined to do so, which it isn't, Capitol Hill would have to fork over a lot more money to make it feasible. And over the years, Congressional budgeters haven't been that inclined to give the IRS any extra money.

Still, Congress, which has an undying affection for passing unfunded mandates, periodically makes noise about the need for such an IRS-specific, wide ranging e-file program.

Will the addition of the Free File Fillable Tax Forms option this year quiet those calls a bit? Or will it make those members of Congress say, "You're doing part of it. Go all the way!"

For filing your 2008 returns, you can use Free File to complete and e-file your tax documents if your adjusted gross income is $56,000 or less.

Details about which software manufacturers will be part of Free File 2009 should be coming out next week. As soon as I hear, I'll let you know.

I sure hope this doesn't satisfy Congress.

It doesn't satisfy me.

On the IRS site, in the FAQ question "Is it safe?", the answer is basically "Absolutely!". But when you go to actually try to use the service you get a warning about how you are leaving the IRS site, and the government is no longer responsible for whatever happens to you.

They can't have it both ways, and it's ridiculous for an average citizen to HAVE to hand over his data to a third party in order to file taxes electronically, ESPECIALLY when that third party just batches it up and sends it on to the IRS electronically.

I'll keep on using paper until my computer can talk to the IRS's computer.