UPDATE, March 6:
Despite enactment of a budget,
state tax refunds are still on hold. 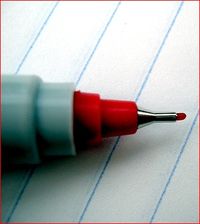 The Golden State's finances are deep in the red right now. In fact, things have gotten so bad that the state's controller says that if lawmakers don't come up with a way to cover California's $42 billion budget deficit, on Feb. 1 he will put a 30-day hold on tax refunds and some other payments.

This action would affect a great many early filers, who get their returns in as soon as possible because they are expecting a refund. All filings that state tax officials get to before Feb. 1 will go out as usual. But those that haven't been processed by then will be held.

The state typically cuts checks as it processes returns, but under state law, tax refunds don't have to be issued until May 30.

Fast running out of money: California has not had a positive cash balance since July 12, 2007, and things have just gotten worse.

The perfect financial storm of job losses, plummeting home values and the stock market quasi-crash have taken a toll on the California treasury. Those weak economic factors have led to a severe drop in state revenue from sales, property and capital gains taxes.

And Controller John Chiang acknowledged during a news conference in Sacramento to announce the refund hold plan that delaying tax refunds and payments will only exacerbate the weak economy. People will not be able to use their tax refunds to buy cars or pay bills, he said.

"'Let me make this perfectly clear: This is a painful decision," Chiang said. "'It is an action that is critically necessary. The fallout from issuing IOUs, or for the state going into default, are significant and long-lasting and something to be avoided at nearly all costs."

I'm about fed up with California goverment. I will be moving to Nv. as soon as I get things packed....

Can I get a response from everyone who agrees that california Should pay us intrest on are take refund, they would do that to us. So please post a comment that just says " I AGREE "

You know something this is messed up. Im Expecting a nice California Refund and because of you know who is in the office as govenor i dont think im gunna see it anytime soon. Im only 25 years old but one thing i can say is someone dosent know how to use QUICKBOOKS maybe i should send my 5 year old son over to Sac. Town and teach them. One thing that is funny is if we the people are for one minute 1 day late on a payment to california wither its for are car reg. we get a late charge. or if we are 2 mos. late on a childsupport payment all H*#% brakes lose. Why should the goverment be any differnt. And shouldent to state of California be reported to some agency for CURRANCEY ABUSE, and something that i was thinking of theres all these tax cuts and budget cut were is Mr.A putting this money! Hummmm

If you expect any type of refund decrease your tax withholding for 2009. It will get you the money now and allow you to collect interest on it instead of allowing the gov. to make money off your overpayment.

The gov. would hate for everyone to do this since they will lose billions in interest but they are forcing us to not count on them.

Most people will not be disiplined enough to not spend it once they have it so they use their refund as a savings account. When you think about it you are getting a negative return on this "savings" account/refund.

I am so disappointed in Calif. supposed to be a "Great place to Live" WRONG! I was on temp. disability in december, I did not received my disability check long after I went back to work, and the people in the office was really Nasty & Rude; she was so nasty, I was afraid to call again to find out how things are going with my check, now all my bills are backed up; I went on a water fast for a week because I did not had enough food to eat(trying to make the situation positive) I notice that the State of California does not hesitate to deduct from your wages; state disability, and State Income Taxes, they take your money, but do not want to return what is rightfully yours, almost like a "Thief" only organized. Now my bills are backed up, I can't even get my little refund. I guess its time to go on another fast. This is so Phoney, I am almost ashamed to let people know that I live in Calif. only because of the pity we will get. I guess we have to watch our own back from now on, the State does not care about their citizens.

As I usually use my tax refund to pay the April installment of my property taxes, can I send an IOU instead of a check for my property taxes??? If I don't get my refund in time, I'm going to be charged interest and penalties on late payment of property taxes, if that happens I will be asking for a tax CREDIT from the state next year.

I don't understand why some people are blaming the new administration for the California budget problems. After all, California has a Republican governor and these problems occurred during a Republican administration. People need to stop thinking about "me, me, me" and begin to think about taking positive action and contribute in ways to help others. If this country refuses to unite, we are all doomed.

even though some people say that if you filed before feb 1st, you will get the refund on time, I haven't received it even though I filed my taxes on 1/22/09. God save us all.

My Husband lost his job dec 31st they closed the doors ... i was witing for iour refund to pay our bills now looks like we won't have that either ... can anything else possibly go wrong.

I will stop paying any California State taxes until I get my refund! I will also file for an extension for the Federal taxes.
I need my refund not an IOU. Pay taxpayers first than your little pork projects.

Now that Budget has been passed and signed by Governor of Ca this week. Can we hope for speedy returns on the Sales Tax ?