It's no secret that President-elect Barack Obama's tax plan calls for increased collections from individuals making more than $250,000 a year.

Professional athletes are among those who, if this does indeed become law, will face higher tax bills. So some agents have already begun making tax plans that will protect their clients somewhat from a higher tax bracket. 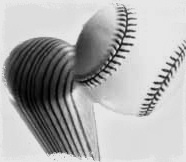 Under the Obama proposal, the highest tax rate would go from the current 35 percent back to the level it held under the Bill Clinton administration.

Money received in 2008, however, will likely be protected at the level.

That's prompting  some representatives of highly-compensated athletes to try to push as much of their clients' money as possible into this tax year.

Major League Baseball players, whose minimum salary next year will be $400,000, are the first athletes to take tax steps. MLB free agents can begin negotiating with teams on Nov. 14.  Where possible, some agents are hoping to have deals done and signing bonuses paid before the start of the 2009 tax year.

"There's some consideration to be had with the impact of the election," professional agent Paul Kinzer told the Associated Press.

Similarly, agent Scott Boras, negotiating multimillion dollar deals for free agents Manny Ramirez and Mark Teixeira, said he has already thought about the possibility of asking for larger signing bonuses payable this year in some of his contracts.

What will that mean to the teams, who could face a large accounting issue if lots of players want more money on the books in 2008?

"It's not off the wall," Andrew Friedman, executive vice president for baseball operations of the AL champion Tampa Bay Rays, told the AP. "We'd certainly be open-minded to it depending on what the rest of the terms of the deal are."

Timing is everything: How quickly will Obama try to implement his tax plan?

How successful will he be?

While the Senate gained a handful of new Democratic members, it didn't reach the filibuster-proof number of 60. So some negotiations on contentious issues, of which taxes always are, will still be necessary.

What is certain is that the sports agents aren't the only ones who are today looking at tax-planning options for 2009 and beyond through a political microscope.

As the Obama administration begins to take shape and precise plans are revealed, we'll let you know what to expect and what tax moves you might need to consider, too.

For a preview of tax policy in an Obama Administration from some of the country's tax scholars, check out this collection of thoughts at TaxProf.