Property tax time for all!

I've been getting my December bills in order and this month is full of big ones.

There is, of course, the mortgage, which usually leads the payment amount parade. Our car insurance is close behind the house payment this month. Yeah, I know, bad timing to have that bill come due at holiday time.

But the major drain on our bank accounts every December is our annual property tax bill. 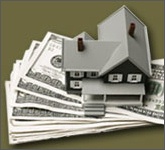 In 2005, our first property tax bill for our suburban Austin home bill was horrifically high, especially compared to what we had paid in Florida. The hubby and I had spent the previous six years in the Sunshine State, which is infamous for its home values and real estate taxes. But we bought our house there before the real estate run-up began and by state law our annual property tax increases were capped.

Texas property tax shock: But when we got back home to Texas, another state that depends primarily on property taxes, we discovered what we had happily avoided for our six years in the Sunshine State. As new Lone Star State homeowners, we were personally experiencing the largest property tax bills we'd ever seen.

The reasons were (1) Austin homes had increased in value, although nowhere in the state was there anything like the bubbles in places like Florida or California, and (2) our house, despite our original intentions to downsize, is the largest we've owned. So the tax assessor collector was having a field day.

In 2006, the air started leaking out of real estate balloons in even previously insulated Central Texas, so our assessment was more reasonable. Still high, but much more tolerable than 2005. Then state legislators, after years of trying, finally enacted property tax reform and our 2007 property tax bill was substantially less.

It's back up a tinch this year, but we also made lots of improvements to the property so I decided against contesting it just in case they decided it wasn't valued quite high enough.

One instead of two bills: The good thing about this year's property tax notice is that it arrived as one consolidated bill. Previously, we got a bill from the county and a bill from our school district, which is in two Central Texas counties.

Logic finally prevailed and the school district decided it didn't need to expend the administrative costs to send out bills when it was using data maintained by the county. Now Travis County will just forward the proper amount to our schools.

The bad thing about this year's property tax notice is that it arrived as one consolidated bill. Previously, I could pay the separate real estate taxes from separate accounts. Now it will all come out of one.

Yes, we do self-escrow. But we also move the money around between a couple of accounts to get better interest rates, which has been a challenge with the way the Fed has been slashing them for the last few years, but that's a topic for another blog item. And I know it's all our money coming out of whatever accounts and going to the county tax woman.

But it sure was more bearable psychologically to take some out of one account, and some out of another, rather than one big chunk out of just one savings fund.

At least it's deductible, even for nonitemizers: One good thing, and you knew this was coming, is that that the single big property tax check represents a tax deductible amount on next year's return.

Although our tax bill isn't due until Jan. 31, 2009, I always pay it in December to get the write-off  as an itemized expense on the year's Schedule A. Most people, however, don't itemize.

Even many homeowners, the type of taxpayers that are always portrayed as big beneficiaries of a gazillion residence-related tax breaks, don't itemize. This is the case for folks who have nearly paid off or have paid off their mortgages, meaning they don't have much or any interest to deduct.

But they still are paying property taxes. And for a couple of years, they'll get to use some (and possibly all) of those taxes to reduce their IRS bills even though they claim the standard deduction.

First, the Housing and Economic Recovery Act of 2008 included a provision that allows taxpayers who don't itemize to add part (or all) of their property tax payments to their standard deduction amount. The deduction is limited to the lesser of the actual real estate taxes paid or $500 for single taxpayers and heads of households and $1,000 for married taxpayers filing a joint return.

Next filing season, Joe the Single Taxpayer claims the standard deduction of $5,450. He chose not to itemize because the total of all those expenses was substantially lower than that standard amount.

Joe owns his condo in Boca del Vista free and clear so he no interest to claim. He did pay property taxes on his the apartment in 2008 of $750 and made charitable donations of $1,500. That comes to $2,250, less than half the standard amount he can claim.

But thanks to the new law, Joe can add $500 of his property tax payment amount to his standard deduction, giving him $5,950 he can deduct no muss, no fuss, no Schedule A.

If Joe's real estate tax bill had been $450, he could have added that full payment to his standard deduction amount.

Even better for Joe and others in similar situations, the Emergency Economic Stabilization Act -- you probably know it better (or worse!) as the bailout bill -- extended the nonitemizers' added standard deduction for real property taxes option through 2009.

So if you usually don't itemize but do pay property taxes, you might want to consider paying your tax bill by Dec. 31 so you can take advantage of this new tax break.

What is needed to file a correction for 2008 and 2009 to claim the property tax increase in standard deduction for those two years?

Where do I get those forms? The new Sche L does not have a line for proerty taxes. I cannot find the 2009 sch L.

John, so sorry. But the property tax standard deduction add-on didn't survive last Congress. This option is no longer available. More in this post http://dontmesswithtaxes.typepad.com/dont_mess_with_taxes/2010/12/homeowner-winners-losers-in-tax-cut-bill.html

Is this still available for the year 2010 for non-itemizers?