What do you think of when you hear talk of a sailing club? Rich guys on elegantly appointed three-masters? Cocktail parties on the high seas, or at least in the protected harbor?

That's what comes to my mind, but then before coming home to Texas we lived in the Palm Beaches area (yes, the convention and visitors bureau uses the plural) and we'd take every opportunity to head to the shoreline and gawk at the enormous yachts and sailing vessels.

Before that we were frequent visitors to Annapolis, Md., which had its fair share of very nice watercraft for poking about the Chesapeake Bay or Severn River. 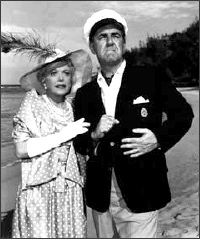 My roundabout point is that although there are many boat owners of more modest means, the phrase "sailing club" conjures up images of Thurston Howell III and his doting wife Lovey. And that now makes me wonder why the ritzy Howells didn't have their own craft instead of relying on Skipper, Gilligan and the Minnow, but

What you probably don't think of in connection with sailing clubs is tax-exempt status. But that favorable designation is just what a South Carolina judge has awarded a boating group there.

Administrative Law Judge Paige J. Gossett has signed off on an agreement that allows the Columbia Sailing Club (hereinafter known as the "Club") to obtain a property tax exemption for certain real estate it owns on Lake Murray in Lexington County, South Carolina.

Sailing to tax-exempt status: According to the court ruling, the Club originally asked the South Carolina Department of Revenue (S.C. DoR) for a property tax exemption as a fraternal organization. That request was denied.

The Club then amended its Articles of Incorporation and Bylaws to establish itself as an educational organization.

That works for the tax collector.

Beginning in 2009, the S.C. DoR has agreed to give the Club tax-exempt status as an educational association as long as it meets certain standards. The primary requirement is that the Club prove via documentation that it held five or more educational events and a youth camp, all of which were generally open to the public.

The public events that will help the Club meet the educational requirements as outlined in Internal Revenue Code Section 501(c)(3) focus on such topics as sailing, weather, hurricane preparedness, protection against lightning and other natural disasters, navigation, nautical racing, rules of the sea/lake/Intracoastal Waterway, and training for The South Carolina Department of Natural Resources boater licensing.

Just so you don't worry that the yachtsmen and women are totally getting off the tax hook, the Club will continue to pay property taxes on its docks and a piece of adjoining property, which it and the state agree are not used for educational purposes.

You can read the complete list of tax-exempt activities in the ruling, posted on the S.C. Administrative Law Court Web site. 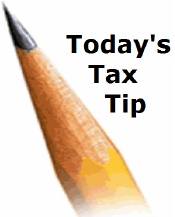 Today's Tax Tip: While I bring up the sailing club ruling as an unusual tax-related issue, there is a practical application for you and me.

No, we're not all going to learn to be sailors thanks to the generosity of well-heeled boat owners. But rather, we need to make sure that any organization we donate to is indeed a legitimate tax-exempt group.

As the holidays approach, you'll be seeing lots of advertisements and getting personal pleas to donate to groups. These solicitations are almost always accompanied by the promise that your gift might be tax deductible.

Pay special attention to the words "might be." Just like the boaters looking for a beneficial ruling from the South Carolina courts and tax office, there are requirements that must be met.

Itemizing required: First, you must itemize to deduct any gift. Although there's talk every year about making at least some donations deductible for taxpayers who claim the standard deduction, that hasn't happened yet.

If you've only got donations to deduct, you'll have to do a whole lot of giving. And that could create other donation issues.

Check the IRS OK: The other big hurdle in donating is making sure that the group to which you're giving dollars or goods is IRS qualified. This means that it has the IRS 501(c)(3) imprimatur noted earlier.

Reputable charitable organizations will be happy to provide you with documentation of their tax-exempt status. If you want to double check it, you can check GuideStar.org or IRS Publication 78, which has a searchable version online.

Without that IRS stamp of approval, your gift isn't legally deductible. This means bank accounts set up by neighbors for the family down the street that needs cash to pay for their youngster's costly medical treatments aren't deductible. You still can help them out, but Uncle Sam won't let you shave off a few tax dollars for your kind gesture.

The IRS has a whole slew of rules about giving and the various forms it can take. You can read more about them in these stories and bloggings:

While it is sometimes a bit tedious to make sure you get the tax break for doing a good deed, don't let that dissuade you. It's definitely worth the effort, both for the groups you support and your tax saving possibilities.

Even more charitable reading: The big guy at the IRS also have gotten involved in the issue of taxes and charities.

IRS Commission Douglas Shulman spoke last week at the Independent Sector (IS) annual conference. IS is the leadership forum for charities, foundations and corporate giving programs. 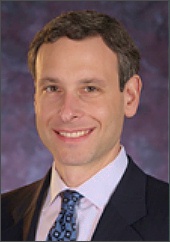 However, noted the commissioner, "this sector has had its encounters with abuse and misuse. The combination of tax-exemption and the over $3 trillion of assets held by nonprofits seems too compelling a prize to resist for some. … We will continue to insist that the sector be squeaky-clean, and that the high ideal of public benefit that underlies tax-exemption is honored."

Shulman said the IRS is being proactive to combat abuses in the tax-exempt sector, such as checking up on relatively new exempt organizations to ensure that after a few years in operation they are in fact fulfilling an exempt purpose.

"We will be on the lookout for innovative methods to ensure compliance … and for collaboration with all taxpayer groups, including the tax-exempt sector," he said.

You can read the rest of Shulman's remarks here.