NYC tax code gets Emmy thanks

In accepting the Best Comedy Emmy last night for 30 Rock, star Tina Fey thanked a lot of people: cast, crew, writers, producers, NBC and the Big Apple itself for its tax breaks. 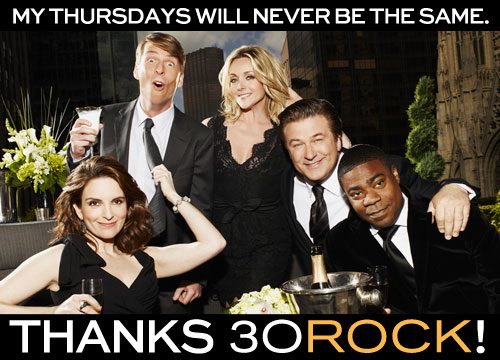 "I want to thank the city of New York for the giant tax cuts that make our show possible," said Fey, pictured above with her colleagues.

Fey probably should have thanked the Empire State, too. It also offers similar tax breaks.

So do about 40 other states, according to the Los Angeles Times, as do various cities, to encourage film and television folks to make their magic at those locations instead of on a back lot in Tinsel Town. The most recent high profile Hollywood defection was Ugly Betty, which moved this season's filming to New York primarily because of the tax breaks (blogged about here).

Location shoot economics: You can argue that states and cities and their residents and lawmakers are simply star-stuck, pandering to the celebrities that already make, in many cases, billions from their work.

But the real reasons for the tax perks are money and jobs.

According to a Daily News story, movies and television shows made in New York contribute $5 billion a year to the city economy and employ 100,000 people. The influx of capital comes from TV and film company expenditures on labor, materials, hotels, restaurants and many other things.

Last summer, the Lone Star State enacted a film incentive package, which unfortunately has some questionable qualification clauses as noted in this blog item, to help Texas get some of the movie and TV show business that had shifted to neighboring New Mexico and Louisiana, which offered such tax breaks.

The city of Austin even came up with some financial incentives, vigorously opposed by Texans for Public Justice, to entice the makers of Friday Night Lights to keep this quintessential Texas tale shooting in and around the state capital.

Tax policy debate: You, as many have, can make a case that the film and TV tax breaks never really recoup the revenue they surrender initially. And some states are rethinking such benefits as budget belts are pulled tighter.

Others say tax money should go to other, more worthy causes instead of helping out already rich filmmakers and actors.That's a tax policy argument that can and will continue to be made almost every time a tax break at any level is introduced.

But as long as the tax benefits are out there, you can't blame production companies for taking advantage of them. That's the American tax way.

Uncle Sam loves movies, too: There's even a federal tax break for such creative endeavors.

The Domestic Production Activities tax deduction, aka the "Made in America" tax break, applies not only to traditional manufacturing, but also to creative endeavors as a way to keep filming in the United States:

QUALIFIED FILM- The term 'qualified film' means any property described in section 168(f)(3) if not less than 50 percent of the total compensation relating to the production of such property is compensation for services performed in the United States by actors, production personnel, directors, and producers. Such term does not include property with respect to which records are required to be maintained under section 2257 of title 18, United States Code.

Basically, it keeps us movie goers and TV watchers from seeing Toronto turned into New York for a film shoot.

Neighboring Scotland wants to get in on the film tax break action, too, as noted in this Scotsman story. And films that shoot in Australia and are deemed "significantly Australian" are eligible for a 40 percent tax break versus a 15 percent tax credit for foreign productions.

Back to the small screen: In case you missed the show, you can check out all the 2008 Emmy nominees and winners here.

On a personal note, I was thrilled that Bryan Cranston won an Emmy for best actor in a drama for his role in AMC's Breaking Bad. Who would have thought that Malcolm's goofy dad could have become such a cold meth maker!?

Maybe we'll revisit Cranston's tour de force performance when we get into state taxation of various illegal drugs in another blog post.