In an effort to keep his job as chairman of the tax-writing House Ways and Means Committee, Rep. Charles Rangel has vowed to turn his finances over to a forensic accountant for deciphering.

The Daily News reports that the New York Democrat has "just discovered inaccuracies on both his federal tax returns and congressional financial disclosure forms potentially going back decades."

To straighten the mess out, Rangel plans to hire a forensic accounting expert to "conduct a thorough, independent review of all these statements going back 20 years as well as all of my U.S., state and local tax returns for the same time period," according to a statement obtained exclusively by The Daily News.

Meanwhile, over at the Big Apple's other newspaper, New York Times editorial writers are calling for Rangel to relinquish, at least temporarily, his Ways and Means chairmanship.

However, Edward A. Zelinsky, law professor at the Benjamin N. Cardozo School of Law, notes that members of the tax community are likely seeing the ghost of Wilbur Mills. 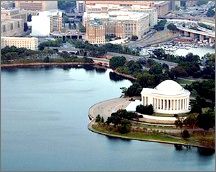 Mills was the legendary Chairman of the powerful Way and Means Committee for (1957-1975). But his leadership was overshadowed by his all too human foibles. In fact, most non-wonks are probably more familiar with the name Fanne Foxe, the stripper who, in 1974, jumped out of the car Mills was driving, once a cop pulled it over, and leaped straight into the Tidal Basin.

Writing for the Oxford University Press Blog, Zelinsky recounts the Mills' years, that W&M chairman's tax philosophy, and discusses Rangel's situation in light of the tax policy achievements of Mills.

Then there was Rosty: Of course, we can't forget Dan Rostenkowski. He, too, was a W&M chairman felled by scandal.

Rosty, as he was known on Capitol Hill, was indicted in 1994 on 17 felony charges, including the embezzlement of $695,000 in taxpayer and campaign funds.

The longtime House Ways and Means chairman plea-bargained his way down to two counts of mail fraud and served 17 months in a Wisconsin minimum-security prison.