With energy issues getting a lot of attention, both because of this year's spike in gasoline prices and the presidential campaign, Congress is renewing pre-election efforts to address the issues.

The House Ways and Means Committee, still under the guidance of Rep. Charles Rangel, has released its latest version of energy tax legislation.

The Energy Tax Incentives Act of 2008 will provide approximately $18 billion of tax incentives for investment in such things as renewable energy, energy efficiency and conservation. As per House pay-go rules, these costs will be offset by repealing tax subsidies for the "Big 5" oil companies and oil companies controlled by foreign governments, e.g., CITGO. 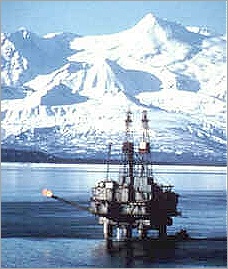 The tax package is expected to be included as part of an overall energy bill, the Comprehensive American Energy Security and Consumer Protection Act which is scheduled to be considered later today.

The debate could get nasty, and take a while, since also includes the contentious matter of federal bans on offshore oil and gas drilling.

Individual energy tax issues, too: While there are many corporate energy tax components, individual taxpayers also could see some benefits.

Tax credits for energy-efficient improvements to existing homes would be extended for one year, through Dec. 31, 2008, while the tax credit for residential solar property additions would be extended for eight years, i.e., through the end of 2016. The bill would also increase the current $2,000 per year solar energy credit cap to $4,000. It also would include residential small wind equipment and geothermal heat pumps as credit-eligible property.

On the transportation side, the latest energy tax bill would establish a new credit for qualified plug-in electric drive vehicles. The base amount of the credit is $3,000. If the qualified vehicle draws propulsion from a battery with at least 5 kilowatt hours of capacity, the credit amount is increased by $200, plus another $200 for each kilowatt hour of battery capacity in excess of 5 kilowatt hours up to 15 kilowatt hours.

As with the hybrid tax credit, the credit amount would be pegged to sales. Taxpayers could claim the full amount of the allowable credit up to the end of the first calendar quarter after the quarter in which the manufacturer records 60,000 sales. After that, the credit is reduced in subsequent calendar quarters.

But Toyota, the king of hybrids, is not happy with such proposals for electric autos, saying a similar proposal by the Senate unfairly benefits GM's Chevrolet Volt at the expense of shorter-range plug-ins.

And for all the Lance Armstrong wannabes here in Austin and elsewhere, the bill would create a workplace fringe benefit for bicycle commuters. It would allow employers to provide employees that commute to work using a bicycle limited fringe benefits to offset the costs of such commuting, such as bicycle storage.

You can see a summary of all the provisions in this Ways and Means release.

Chances are iffy: Now the hard part -- getting the House and Senate to agree on a bill with these and the other provisions.

The House has passed a couple of energy tax bills and the Senate keeps crushing them. This time, the measure also is expected to face trouble in the House itself.

Republicans Representatives are unlikely to support the measure because of the taxes that would apply to oil drilling and refining companies. The argument against such taxes is that they would discourage investment and exploration of new energy sources and lead to higher prices at the pump.

And, of course, there is the matter of offshore drilling.

So, as we say so often when it comes to tax legislation, stay tuned!