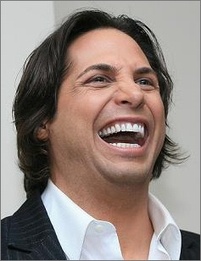 Francis says that it's his accountant's fault. That was the original Snipes Defense: "I was just following what I believed to be the good and accurate advice of my trusted tax professional."

Never mind that the fine print on the 1040 says that when you sign it, you take responsibility for what's on it.

The "it's not my fault" defense worked, for the most part, for actor Wesley Snipes, when he was tried in Florida earlier this year. (Details in this post-verdict blog post.) So we can't really blame another (or all other) alleged tax cheats from trying it, too.

This defense seems to be particularly effective when employed by a celebrity.

I'm not sure that Francis qualifies. He's really more infamous, at least in many circles, as he is famous.

And he's not really in any of his skeezy videos, so people don't have that deep, truly personal connection [cough, cough … ] we all have with our entertainment icons thanks to watching them on ET or E! or Access Hollywood or the Internet on an almost continual basis.

The West Coast version: So maybe that's why Francis is gong to give the Snipes Defense a Hollywood twist.

When Francis appears in a Los Angeles courtroom in September to face federal charges that he deducted $20 million in fraudulent expenses on his corporate tax returns, he going to tell the court that the bad advice his accountant offered was intentional so that the accountant could then turn Francis in and collect any reward money.

Francis just might get a more sympathetic reception out there in La-La Land.

Hollywood is full of stories about accountants who rip off their clients. The fictional one who ran off with Maddie Hayes' money put one of TV's best shows, Moonlighting, and Bruce Willis' career, into motion.

So depending on the industry connections (or wannabe connections) of the jury and/or judge, the tale of woe might sound plausible.

Keep your mouth shut: The defense might work on a visceral level, too. The rat (or stool pigeon if you're of the avian persuasion) has always been a suspect person in our culture, even when that person is turning in the obviously and truly criminal. 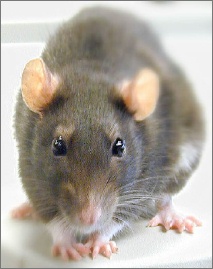 As small children we avoid being branded the tattle-tale. The "dirty rats"  in gangster movies of the '40s and '50s were viewed almost as distastefully as the criminals upon whom they turned.

In real life, too many people don't want to talk to police because of fear of repercussions. And how many times have we heard about corporate whistleblowers losing their jobs?

Now I'm not saying that Francis' contention isn't true. Even if it is, it might not work. But it's certainly worth trying. We're already sadly predisposed to want to pass blame in so many facets of life, why not make sure we do the same when it comes to taxes?

IRS whistleblower rules: If you, however, are willing to report someone you know is cheating on his or her taxes, check out this previous post, Ratting out tax cheats.

Hiring a trustworthy tax pro: And if Francis' situation has you wondering if you can trust your personal tax adviser, put your mind at ease by following these guidelines when hiring a tax professional.