This morning, Dubya will arrive at the Oval Office to find the American Housing Rescue and Foreclosure Prevention Act on his desk. As soon as he affixes his promised signature, the wide-ranging housing relief measure will become law. (Update July 29, 2008: Bill signed.)

The Senate worked overtime on the bill, this weekend, approving it on Saturday by a 72-to-13 margin. The surprisingly easy passage came after pre-vote posturing and threats to hold up the legislation that aims to help out some struggling homeowners and, to the dismay of many, some of the financial institutions that helped put those folks into houses they couldn't afford.

Now that it's a done deal, here's a closer look, with major thanks to CCH and the Joint Committee on Taxation, at the key home-related tax provisions

First-time home buyer credit
Folks buying their first home would get a sizable refundable (that means you could get money back if you don't owe any tax) of up to of the purchase price of a residence. 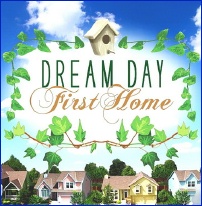 The maximum credit is $7,500 for single filers, $3,750 for married individuals filing separately. Eligible taxpayers must claim the credit on their 2008 or 2009 tax returns.

The credit, however, is only temporary. It's designed to help folks get into a home, but they'll have to pay it back in equal installments over 15 years. the credit is an interest-free loan,

There's also a time frame for credit-eligible purchases. The qualifying home must be purchased on or after April 9, 2008, and before July 1, 2009.

The provision's description of first-time home buyers is more flexible. A person is considered eligible if he or she (or a spouse) had no ownership interest in a principal residence in the three years before buying the qualifying home.

The cost of this break? An estimated $4.8 billion over 10 years. However, say CCH analysts, that figure hides the credit's true immediate impact since new homeowners are predicted to take this credit to the tune of in 2009.

New standard property tax deduction
Deducting state and local property taxes, which seem to get higher each year, is a great tax advantage, but only for homeowners who itemize.

H.R. 3221 changes that. Homeowners who claim the standard deduction will now get a deduction, no itemizing needed, for paying those annual assessments.

The maximum amount that may be claimed under this provision is $500 for single taxpayers, $1,000 for joint filers. If the property tax bills of eligible taxpayers are less, the actual, full tax bill amount is what they can claim.

This deduction, though, is effective only for the 2008 tax year.

Taxpayers most likely to benefit from this new deduction are homeowners who have paid off their mortgages and, therefore, no longer itemize interest payments.

Lower-income homeowners also should see some tax relief, since they usually don't accumulate enough itemized deductions to exceed the standard amount. The 2008 standard deductions are $5,450 for single taxpayers, $8,000 for head of household status, and $10,900 for joint filers and surviving spouses.

The cost of this break? An estimated over 10 years. Of course, that 10-year time frame that Congressional analysts cite doesn't matter. Since this a 2008-only tax break, the costs will be felt in that one year.

Reduced home sale exclusion
In order to come up with money to pay for the dollar housing measure, some folks are going to have to pay. Realistically, we'll all end up paying in some form or fashion, but the measure includes some specific hits.

A change to the home sale gain exclusion is one of those targets.

Currently, when homeowners sell their principal residence, they can exclude from taxation profits of up to $250,000 for single taxpayers, $500,000 on joint returns.

But under the new law, sellers will not be able to exclude gain for those times that the property was not used as the owner's main residence, for examplie, when it was used as a rental or vacation property. This provision will affect homes sold on Jan. 1, 2009, and thereafter.

The revenue raised by this law change? over 10 years.

People who may end up paying more taxes because of this change are those who buy a vacation home, or a house they rent out, planning to make it their main residence at a later time.

Suppose, for example, a couple in their 50s buys a vacation home for $200,000 next year. Ten years later, they retire, sell their old principal residence and make the vacation home their new principal residence. Fifteen years after that, in their 80s, they move to an assisted-living community and sell the vacation-turned-primary home for $700,000, realizing a gain of $500,000.

Under current law, the entire $500,000 gain would be excludable. The new provision, however, means that our hypothetical couple could exclude only 15/25, or of the gain from their income. That would give them $300,000 of nontaxable property sale profit and $200,000 upon which they would owe long-term gain taxes.

"These possibilities may complicate planning for people looking at a second home," said Mark Luscombe, principal tax analyst for CCH, a Wolters Kluwer business. "It may also have the effect of depressing the market for vacation property, something that legislators may not have intended."

PK, thanks for catching my accelerated deduction numbers. I obviously looked at a 2009 projection, not the 2008 standard deduction figures. My bad and the correct amounts that you cite are now reflected in the post. My new mantra: Haste makes waste!

Great article and I just wrote about my views on the bill. The government again is trying to spend us out of an economic crisis, which is unlikely to work and only add to our national debt and the continued devaluation of the US dollar. Only time and a cleansing of the economic system will resolve the current mess.

We talk about consumers getting out of debt, what about the government who seems to love debt more than anyone else.