Action film actor Wesley Snipes wants out of the country. Not permanently. Just for a few months to make some more movies.

But since Snipes was convicted in March of three misdemeanor counts of failing to file returns on $13.5 million in earnings, he has to get permission from the court. The next month, Snipes was sentenced to three years in federal prison, but he has been free on bail while his appeal works its way through the courts. 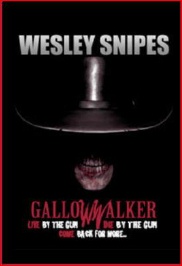 Last week Snipes' attorneys filed a formal request with the Florida federal court that would allow the actor to travel this summer to London to participate in making the final touches on his upcoming horror flick Gallowwalker, in which Snipes has moved from fighting vampires to combating zombies.

Then in September, Snipes wants to head to Bangkok for a couple of months to film the action thriller Chasing the Dragon, which apparently has been in the works for several years.

The Orlando Sentinel obtained a copy of the court filing and reports that Snipes' attorney, Daniel Meachum, argues that the actor's failure to participate in final editing of Gallowwalker could endanger the film's scheduled release and the movie star's "future livelihood as an actor."

Snipes is not a flight risk, argues his attorney, who also describes the actor's fulfillment of his film obligations as "essential" for Snipes to satisfy his tax liabilities and provide for his family. I guess the Total Gym infomercial money isn't that great. 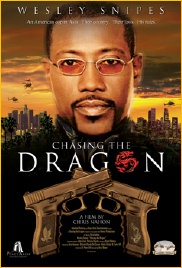 Meachum was able to get court OK for Snipes to travel out of the country while his tax case was pending. But the court might be a little less accommodating now that Snipes has been convicted.

And not to be overly cynical, but it sure looks like Snipes' tax troubles are paying off for these two flicks. They're getting a lot of free advance publicity that they probably wouldn't have received if he'd just paid his taxes!

You can read more about Snipes' request in the Orlando Sentinel, Newsweek and E! Online.

very informative details thanks for that, nice article

Sure, Wesley Snipes tried to keep a little more of his paycheck by avoiding taxes - Who hasn't?

Snipes is an actor who makes his living by making movies. As such, he should be allowed to travel wherever is needed to film.

There isn't much left in Snipes tank anyway, so let him make a few more bucks before he's unable to.