Smoke 'em if you can afford 'em

As of today, June 3, New York state smokers are paying the nation's highest cigarette excise tax. The levy has jumped from $1.25 per pack to $2.75 per pack.

That bumps neighboring New Jersey, which collects a fraction under $2.58 a pack, to second place in the state cigarette tax rankings.

The New York State Department of Health predicts that the the tax hike will mean 140,000 smokers across the state will give up the unhealthy habit. 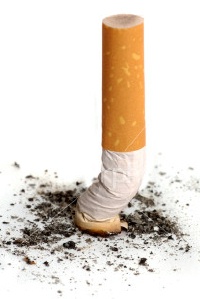 While there is much debate as to whether such taxes actually help, or force, people to quit smoking, lawmakers still use health issues as an argument for raising such taxes. You can read about some previous cigarette tax hikes in this previous post.

The latest effort to collect more from smokers came from South Carolina, where lawmakers tried to raise their cigarette tax, which hasn't changed since 1977, by 50 cents a pack.

Currently, the Palmetto State has the nation's lowest tobacco tax: per pack.

However, S.C. Gov. Mark Sanford vetoed the measure. Rather than having the expected in higher tobacco taxes got to help with expansion of South Carolina's Medicaid program, Sanford preferred the tax to be offset by corresponding cuts in income or possibly grocery taxes.

Further north, New Hampshire Gov. John Lynch has proposed hiking his state's current $1.08 per pack tobacco tax by 25 cents a pack. The increase would bring the state treasury an additional

The Granite State has been on a tobacco tax roll. Lynch approved 28-cent cigarette tax increases in each of the past two budgets.

As for this latest proposal, Lynch noted that nearby Maine and Massachusetts also are considering raising their tobacco tax rates (the Bay State's proposal is a dollar more per pack). If that happens, he said, New Hampshire's cigarette prices would still be attractive even with a new increase.

Crime and taxes: The national average tobacco tax is $1.13 per pack.

While many tax policy groups, such as the Citizens for Tax Justice, oppose tobacco taxes because of their regressive nature, one tax expert has another reason for not liking them.

Patrick Fleenor, chief economist of the Tax Foundation, says that while cigarette taxes might help states plug a few budgetary holes, the levies are fueling organized crime, at least in the New York area.

While the problem first surfaced during the Great Depression, tax hikes in the early 1960s created a major profit opportunity for smugglers and kicked the epidemic into high gear. By 1967, a quarter of the cigarettes consumed in the Empire State were bootlegged. New York City's finance administrator labeled

cigarette smuggling the "principal stoking facility of the engine of organized crime."  …

Politicians continue to use the health of smokers as their excuse for higher cigarette taxes. This view is myopic. Wilson argued three decades ago, high cigarette taxes are bad public policy because of their effect on the rest of us. In the 1960s and '70s, organized crime exploited high cigarette taxes at our expense. Today we face an even deadlier adversary.

Tobacco taxes across the U.S.: The Federation of Tax Administrators compiles an annual list of tobacco taxes in all 50 states and the District of Columbia. The latest version shows the tax rates in effect on Jan. 1.

At the bottom of the tobacco tax ranking are Kentucky and Virgina (30 cents per pack), Mississippi (18 cents), Missouri and the previously mentioned per pack in