Throughout our married life, the hubby and I have harbored the dream of owning a second home. 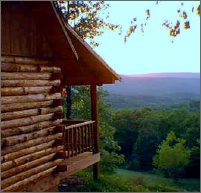 When we were newlyweds living in Maryland just outside Washington, D.C., we frequently thought how nice it would be to have a cabin in the mountains of nearby West Virginia. The thought of one day making cool weekend getaways from the heat and humidity of the nation's capital kept us going every sweaty summer.

For years, also while still in suburban D.C., we would vacation in the Sunshine State to escape the last of the MidAtlantic winter season. And after each of those February or March trips, we swore we were going to buy a condo on Sanibel Island so we could spend future winter breaks watching shorebirds from our own seashore balcony.

Then we moved to Florida. This is it, we told each other. The perfect time for that second home.

We were on the Atlantic Coast, but would buy a place just across the state, about a three hour drive, letting us occasionally look at a different beach from the comfort of our own condo. 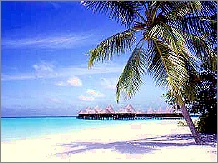 Even better, we'd be able to see the sun set in the Gulf of Mexico, much preferable for our night-owl ways, rather than getting up way early to see the sun rise from the Atlantic, as was the option (rarely chosen, I must confess) at our main home.

And since we were already in Florida, we assured ourselves, we'd actually use the property more, thereby making such a second-home purchase now a much smarter move than all our prior property pipe dreams.

You guessed it. Never happened.

Now we're in Central Texas. And with summer temps that regularly walk the triple digit degree line, we now discuss buying -- and even send off for real estate brochures about -- vacation homes on the Texas Gulf Coast or cabins in the mountains of New Mexico.

Yeah, we know. It's never gonna happen. But everybody needs a dream.

Second home nightmares: Some folks, whose stories are related in today's New York Times, would have been well-advised to keep their second homes as mere dreams, too.

In Lose Homes, Pay More Tax, Times reporter Jonathan Glater explores the growing number of second property foreclosures and the huge tax bills produced by many of the soured real estate deals. I previously blogged about this, albeit for primary homes, in Foreclosure's costly tax implications.

"Some of the biggest losers in the real estate slump are not purchasers of mansions they could not afford," writes Glater. "They are buyers of second homes -- or third ones, for that matter -- who are sitting on a tax time bomb."

Some of these home buyers, continues Glater, "will lose their properties in foreclosure and then stagger into bankruptcy under the weight of a sizable tax bill."

The reason: The foreclosure debt relief law enacted late last year (and blogged about here) only protects taxes due on forgiven debt related to a taxpayer's principal residence, not a vacation home or investment property.

And the consensus is that's how it should be.

We, and I'm talking about us as individual citizens and our lawmakers, have long embraced using tax laws to reward homeownership. That means that most of the tax benefits go toward the homes we actually live in, the American dream and all that, although it's debatable as to whether that should be the case, as I blogged about in When renting is the right choice.

Folks who plan well enough financially or are lucky enough to own multiple properties, good for them.

But when things go bad for these wannabe real estate magnates, I don't want my tax money helping owners of multiple homes (and their lenders) pick up the pieces. I have plenty of ways to spend that cash on keeping up my lone home, thank you.

And I certainly don't want to rescue owners of additional properties who, as a bankruptcy lawyer quoted in the Times story says, were simply "buying properties to become mini-Donald Trumps." (I am now trying to blind my mind's eye, which unfortunately has latched onto that visual!)

Many buyers, the article also notes, bought multiple properties "with the hope of selling them for a quick profit." Others, says another bankruptcy attorney, "seem to have thought that if they did not borrow against these [second] homes, they were wasting equity."

To those folks, I say you pay your money, you take your chances. Leave my tax money alone. I might one day need some of it to pay the property tax bill on my own second home!

I also don't think our tax dollars should help those whose primary home is in jeopardy. Capitalism is the best economic system on the planet, but it does not guarantee success. You are rewarded for making efficient use of capital. Inefficient use leads to losses; it should be that way whether it is a second home or primary home.

I feel for those who lose a home due to a disability or health problem, but outside that I don't have much sympathy. Even those who got snookered into a bad mortgage shouldn't get a break. Do some research.

Anyway, I wish you could have gotten your vacation home. They can work out if people plan for it.