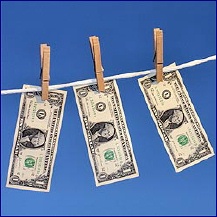 A law enacted in 1970 to help find laundered drug money is now getting a renewed enforcement push from the IRS as it looks for taxable cash stashed in other countries.

According to a story in today's New York Times, as the IRS "intensifies its efforts to root out offshore tax evasion, [the agency] is moving to enforce the law aggressively and to apply stiff new penalties to taxpayers who don’t file the disclosures."

The referenced disclosure is Form TD F 90-22.1, officially known as a Foreign Bank and Financial Account Report, or FBAR.

It is separate from a federal income tax return and must be filed with the IRS each year where a taxpayer has any foreign bank or financial accounts amounting to $10,000 or more. Income from these assets is taxed at ordinary rates, which could be as high as 35 percent.

An FBAR also also required from U.S. residents with signatory power over or a financial interest in at least 50 percent of a foreign account. And the definition of those who must file includes domestic estates, trusts, partnerships and corporations.

The paper says that while the FBAR law is almost 40 years old, many taxpayers have either ignored it or were not aware of it and the Treasury Department has rarely enforced it. According to the story, the IRS estimates that 1 million American taxpayers should be making the foreign account disclosures, but that only about a quarter of them do so.

Nondisclosure penalties: So if you've got big bucks stashed in a Caribbean bank or some Alpine tax haven, get ready to complete the extra paperwork.

Unsure whether your foreign account qualifies? Check out these FAQs on FBARs from the IRS.

Read them carefully. If you should file, don't and the IRS finds out, the consequences could be very costly.

The IRS considers failure to file an FBAR or filing an incorrect form as evidence of tax fraud.

And thanks to the Patriot Act, provisions designed to halt financing of terrorists apply to this, too, and impose a civil fine of $100,000 or half of the amount in the foreign account, whichever is greater.