NYC gets ugly ... Ugly Betty, that is

Production of the ABC comedy Ugly Betty is heading home. 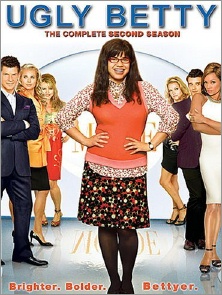 The show, now winding down its second season, is set in New York City. But only the program's pilot was shot there. Subsequent takes were all on a Hollywood studio lot.

In the beginning, according to the Los Angeles Times, shooting in Tinsel Town saved money. But now the Empire State has come up big with a big bucks production tax break to lure Betty Suarez, her crazy family and crazier fictional Mode fashion magazine colleagues to the Big Apple.

A recently enacted tax credit (designed to combat production losses to neighboring states like Connecticut) will make filming much more appealing to Betty and, New York officials hope, other television and movie projects.

Feature films, television series, pilots, and TV movies and miniseries that complete at least of their stage work at a qualified production facility in the state are eligible for a refundable tax credit.

Such a break makes it easy to see why Walt Disney Co.'s ABC Studios, which produces Ugly Betty, decided to move. It reportedly costs to make one episode.

While the move will benefit Disney executives and bean counters, the on-set staff is not so lucky. Most of Ugly Betty's 150 crew members, including directors, set designers and carpenters, are expected to lose their jobs.

I suppose Hollywood has the entirety of NYC remade somewhere on its back lots. But that kind of authenticity is cool. :)