As Nov. 4 nears, taxes will no doubt get lots more attention from all candidates up for election or re-election at all levels. 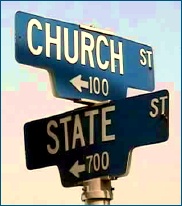 But there's another tax/election connection, one that the IRS frowns on big time. When it comes to politics and tax-exempt groups, including charities and churches, the federal tax man is adamant that they shouldn't mix.

By law, 501(c)(3) organizations that are exempt from federal tax may not "participate in, or intervene in (including the publishing or distributing of statements), any political campaign on behalf of (or in opposition to) any candidate for public office."

To make sure the rules are followed, the IRS' Political Activities Compliance Initiative (PACI) will remain in effect for the 2008 election season.

In case you're feeling picked on because of your group's political position, don't. It's a nonpartisan ban and the prohibition against political campaign activity has been in effect for more than half a century.

That means certain tax-exempt organizations cannot act on behalf of or in opposition to political candidates. These groups can, however, engage in "advocating for or against issues and, to a limited extent, ballot initiatives or other legislative activities."

When they don't follow the rules, they get whacked, as noted in this post on just such a situation last summer.

The IRS has a special Web page with links to various reference documents detailing the rules as to what a tax-exempt group can and cannot do when it comes to political campaigns. You also can listen to a discussion of this topic by Steve Miller, IRS commissioner for the tax exempt and government entities division, in this audio clip.

Added tax eyes on nonprofits: In a somewhat related development, the New York Times reports that "Authorities from the local tax assessor to members of Congress are increasingly challenging the tax-exempt status of nonprofit institutions -- ranging from small group homes to wealthy universities -- questioning whether they deserve special treatment."

The story, which ran in yesterday's edition, notes that one big issue is the growing confusion over what constitutes a charity. These days, it seems that many nonprofits look more like for-profit businesses, writes Stephanie Strom, and are doing things like charging fees and selling products and services to raise money.

This isn't new. I blogged about the economic meeting of sacred and secular interests in this previous post.

A court ruling late last year has given new impetus to all this tax attention on nonprofits. In December, the Minnesota Supreme Court said a small nonprofit day care agency in Red Wing, Minn., must pay property taxes because, in essence, it gave nothing away.

You can read the full story on nonprofits and their new tax concerns here.

So remember. You can pray that the election will be over soon or that your candidate will win, but just don't expect any special tax treatment for your nonprofit spiritual efforts.

When making an auto donation, whether a car, truck or RV, may not actually be in your best financial interest when straight economics are concerned. Of course, charitable giving is it’s own reward for many, but if you actually consult your accountant, you may not enjoy any additional incentive in the form of tax deduction, as is typically offered for most auto donations. Especially if your auto donation is worth more than $5,000, you should consider your actual benefit to accurately judge whether it’s wise to donate your vehicle.