IRS could have prevented subprime mess

That headline is no swipe at the IRS. It's just a statement of fact. 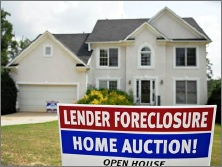 And an indictment of lenders who didn't take advantage of existing IRS data to verify that loan applicants were indeed good candidates for all those now defaulted upon mortgages.

In "A Road Not Taken by Lenders" in today's New York Times, Gretchen Morgenson points out:

So while borrowers may have misrepresented their incomes, either on their own or at the urging of their mortgage brokers, lenders had the tools to identify these fibs before making the loans. All they had to do was ask the I.R.S. The fact that in most cases they apparently didn't do so puts the lie to the idea that cagey borrowers duped unsuspecting lenders to secure on loans that are now — surprise! — failing.

Morgenson talked with Mike Summers, an executive with Veri-tax Inc.. The Tustin, Calif.-based company handles the filing of income verification forms with the IRS on behalf of lenders. Summers recounts the cold shoulder he got from many loan originators:

"In 2001, I was going around the subprime world trying to get them to sign up," Mr. Summers recalled. "Ameriquest [which is no longer in business], and others I don’t want to name, just didn't want to know because it would kill the deals. The attitude was don’t ask, don’t tell."

The lenders, according to Summers, used "lame" excuses -- too costly, too time consuming -- for not verifying borrower income. Rather, he told Morgenson, a minuscule 3-to-5 percent of all the loans that were funded in 2006 used IRS Form 4506, Request for Copy of Tax Return.

"They just turned a blind eye, saying, 'Everything is going to be fine," said Summers.

Mortgage fraud report confirmation: That assessment is underscored by a report on mortgage fraud issued last week by the U.S. Treasury's Financial Crimes Enforcement Network. It found that in the 12 months ending March 31, 2007, only 31 percent of suspected fraud was detected before the loans were completed.

Loan fraud, according to the FCEN report, showed the greatest increases in Illinois, California, Florida, Michigan and Arizona. So it's no surprise that data from RealtyTrac shows that this January, foreclosures also were high in those areas.

Blame who you want. Borrowers. Lenders. Both (that's my choice).

The simple fact is that a lot of this could have been prevented if those involved had simply taken the time to get in touch with the Internal Revenue Service.

This site may be useful to some of you guys and gals.
It has some practical information on how to avoid foreclosure.

LOL @ Tim's comment; there's shady people in any profession. But, I definitely agree that shady mortgage brokers had something to do with this mess.

Typically lenders will also call the employers too. I have a loan through Wells Fargo and they did call my employer to verify my length of employment and salary. I do know of many fly by night mortgage brokers who are shady at best, and would have granted a loan to my cat.