The Northern California community of Vallejo is on the verge of bankruptcy. If it does indeed happen, it will be the first city in the Golden State to go over the fiscal precipice. (Orange County went bankrupt in 1994.)

The bad news was announced yesterday by City Council members, who said Vallejo may run out of cash as early as March. A town meeting is scheduled for tomorrow evening.

The major problem is with city employee contracts. According to news reports, Vallejo Finance Director Rob Stout projected that without deep cuts, including assumed agreements negotiated with police and fire departments, the City will be $6 million in debt and will have spent every last penny of its $4 million in reserves.

Apparently the Vallejo financial catastrophe has been building for a while; 20 years says one town official.

Small town going down: Here in Texas, another community is facing a financial crisis of more recent making.

Lavon, a small town northeast of Dallas, has seen boom times of the last year come to a screeching halt thanks to the subprime mortgage debacle.

According to a story in today's New York Times:

Thousands of lots were laid out and hundreds of houses built, as developers tried to meet what seemed to be an insatiable appetite for inexpensive single-family homes. Land values soared, the population hit 2,500, and by November, the city was finally flush enough to afford a full-time police department.

But that was when the knocking stopped. Banks were no longer giving mortgages to anyone who could fog a mirror. "For sale" signs went up and stayed up. Weeds, not houses, sprouted on the scraped-earth plots.

And now the city government, which had counted on years of growth, is short of money.

Yep, even Texas, which has held up pretty well realty-wise, can't escape the consequences of a national housing bubble bursting.

And when those proposed and half-finished homes fell by the wayside, so did the income from building permits, which the Times says were projected to provide almost a third of the Lavon's $1.7 million in revenues, not to mention property and sales taxes that won't be collected.

All that leaves Lavon officials bracing for a revenue shortfall that could be devastating.

You get what you pay for: Now the Vallejo stories don't say anything about tax collections, but obviously that California town was not getting the money it needed to meet its municipal obligations. 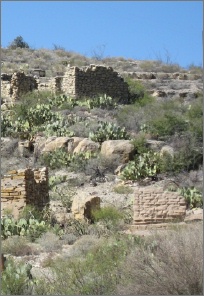 Just like you and I, cities (and states) have to have income. And we residents provide it via our tax payments.

Yes, we have every right to demand that the tax assessment and collection is fair and that the money is spent responsibly.

But if we want police and fire department services, paved roads, public water supplies, trash pickup and schools for our kids, we have to pay.

The idea that somehow governments will magically come up with the cash is childish at best. In reality such an attitude is just plain stupid, irresponsible and a downright dangerous position for city officials and the folks that elect them to take.

The Vallejo situation caught the attention of Sean-Paul Kelley of The Agonist, who writes, "Although I do not know the specifics of the Vallejo bankruptcy it is the result of two ominous and dominant trends in American politics. First, the one size fits all nature of the conservative tax cut cult and second, the absurd assumptions built into most pension plans, public as well as private. Together they look to create a pretty nasty storm."

Read the rest of his thoughts here.

And as you pay your property taxes, take a minute to think about what you're getting for them.

Photo of Shafter, Texas, ghost town by me
taken during our Big Bend 2007 vacation.

cannot say i have any experience with Vallejo's munic finances first hand, but at first pass, they do not appear to be heavily undertaxed.

Dont forget, with a state sales tax of 7.48% and a top state bracket of 9.3%, there is almost certainly plenty of oppty for the government to recieve funds from the most elementary transactions.

I think the problem here is a neat confluence of behavioral--using the home as a HELOC piggybank, little interest in saving, investing, delaying gratification--and macro-economic, which speaks to massive housing costs for new buyers, high private college costs and slowing salary gains.

not an easy connundrum, but not quite the "people aren't paying taxes" problem alluded to.

NB--also, do we know anything about the cost structure of Vallejo government or its spending choices? Ca. government is not place where the word "restraint" has traditionally been applied, but maybe Vallejo is a fiscally prudent exception.