Will your state make you pay up
on forgiven federal mortgage debt? 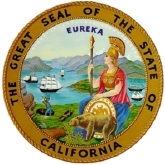 Right now, the Golden State does not conform to the Mortgage Forgiveness Debt Relief Act of 2007 that was signed into law on Dec. 20, 2007.

That means California homeowners who restructure their residential loans or lose their properties to foreclosure won't see their state tax bills reduced in the same way as their federal ones.

As y'all know by now, the new law allows taxpayers who meet certain qualifications to exclude this discharged debt from their federal taxable income. That can mean substantial tax-time savings for those already cash-strapped homeowners.

This often is referred to as cancellation of debt income (CoDI in acronymese) or forgiven debt.

And just as a reminder to folks getting credit card issuers to write off part of that debt: The new law applies only to forgiven mortgage debt. The IRS will continue to demand its cut of other types of forgiven debt.

As for the new mortgage debt forgiveness, there are limits there, too. The tax benefit applies only for a principal residence, not a loan for a second or vacation home or investment property.

Similar but separate state tax laws: If you're able to take advantage of the Mortgage Forgiveness Debt Relief Act on your 2007 federal return, California tax officials have no problem with that.

But when you get ready to file your your state tax return, California collectors want to remind you to include that federally forgiven debt amount in your state income. It should be added back in on Schedule CA (540 or 540NR) line 21f, column C.

The good news for struggling California homeowners is that Senate Bill 1055, currently pending in the state legislature, would provide modified conformity to certain provisions of the federal tax law.

So Californians should keep track of the bill in their local media, as well as periodically check back at the tax agency's Web site for updates. 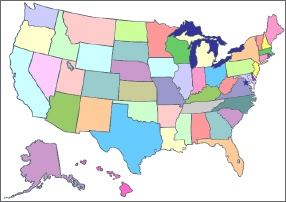 Back in 2001, for example, the Economic Growth and Tax Relief Reconciliation Act (EGTRRA) starting phasing out the federal estate tax.

A couple of states decided they didn't want to give up that money. Connecticut and Nebraska enacted stand-alone estate tax laws to replace their previous federally-connected collections.

Others decoupled their estate taxes from the federal law and adopted new estate tax laws that use pre-EGTRRA provisions as a framework.

But the bottom line was that what Uncle Sam did affected state (and D.C.) tax collections, too.

Now, in states that typically follow federal law on the taxability of forgiven mortgage debt, the conformity issue must again be addressed.

I'll try to keep an eye on the California debt forgiveness issue and legislation. If I find any other states that are in the same situation, I'll let you know that, too. And if you happen to run across them first, please drop me a note.

This often is referred to as cancellation of debt income. Great post.

California is facing a $14 billion dollar budget crisis, and they'd be idiots to absolve a lot of these folks of what they owe in tax debt, especially since the forgiveness for a lot of them may be pretty substantial.