Tax Carnival #27: Waiting for the Tax Ball to Drop

Hear that incessant ticking? It's 2007 winding down. But there's still some time today to make some tax savvy moves.

Or, if you've already taken care of that, good for you. We've also got some things to think about tomorrow when 2008 arrives. 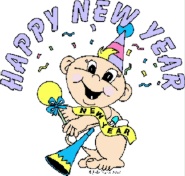 So without further ado, Tax Ball

As the traditional Auld Lang Syne says, let's not forget the old acquaintance of this soon-to-end tax year. To that end, Robert D Flach, aka THE WANDERING TAX PRO, brings us a review of 2007's tax happenings.

Now, moving forward, Lubna Kably wishes us a Happy New Year via her Law Street column in The Economic Times and reprinted in her blog Talking Tax. "In tax land," writes Lubna, "one can but wish for goodies that Santa could have provide. But one thing common across the world is that the government must use tax money wisely, reduce tax slabs and provide more transparency and ease in filing and refunds."

Sadly, transparency isn't associated with the U.S. alternative minimum tax. Fortunately, nickel at fivecentnickel.com sheds some light on this parallel tax system in What is the Alternative Minimum Tax (AMT)?

One benefit still available to both AMT and regular tax payers is the child tax credit. But in Australia, reports Rose at Learning at Home, there's some thought to a Have a Kid, Pay a Tax approach, which would entail a $5,000-plus "baby levy" at birth and an annual carbon tax of up to $800 per child. "Sounds crazy now," says Rose, "but with the way politicians like to spend our money, you never know."

At the other end of the age spectrum, Super Saver at My Wealth Builder tells us When Parents Can Be Claimed Dependents On A Tax Return.

Does (did) your year-end wrap-up include a good look at your portfolio? FMF at Free Money Finance tells us How Shrewd Investors Save on Taxes.

Investing and taxes also is a concern of Moolanomy, who in his self-named blog asks Would You Like to Pay My Taxes? Yeah, we all know the answer, but check it out for a look at the tax consequences of mutual fund investments.

RDF is back on the midway of 2007's last Tax Carnival with an entry from his other blog, ANYTHING BUT TAXES! There, in Won't You Take This Advice I Hand You Like a Brother, he discusses the burden of proof during an audit, particularly when it comes to the cost basis of an investment sale.

Kent at Bankruptcy Law Network brings us Home Loan Foreclosure No Longer a Tax Trap? It's a look the recently enacted Mortgage Forgiveness Debt Relief Act of 2007, which "will protect some, but not all, foreclosed homeowners from a one-two gut punch."

Raymond at Money Blue Book isn't worrying about troublesome mortgage payments and taxes. Rather, he tells us Why I’ve Decided To Rent Rather Than Buy a House For Now. Even the much ballyhooed mortgage interest tax deduction is not enough to get Raymond into his own residence right now.

Just in case you feel a need for a quick refresher before 2008 arrives, Alex at Buckmoon offers a quick overview in What Everyone Should Know About Taxation.

Time is tight, but I wanted to remind y'all of some possible last-minute tax moves, posted here at Don't Mess With Taxes in Dec. 31: A red-letter tax day. You still might be able to take advantage of a few to shave some dollars off your 2007 tax bill.

Finally, we close this final Tax Carnival of 2007 with a humorous offering from Beckie at Tax Consultant for All Seasons. In The Lighter Side of the IRS, she directs us to a video of Santa's tax audit.

At our official Blog Carnival page you can submit an item for the year's first Carnival, as well as read all our past editions and check out when future tax fests are planned.

Oops, I made boo boo. I'm the Austin based Virtual Assistant who submitted the article on behalf of Seattle based Reba Haas of Team Reba's blog. I'm new to carnivals and I filled out the form wrong.

First of all, thank you for using our post!! But, you gave credit here "And Kathie at Team Reba Real Estate offers some end-of-year tax strategy and planning for real estate investments." when actually Reba Haas wrote the article.

If you could correct this, that would be great. I'm so sorry to create extra work for you.