When did Bill Murray get elected to Congress?

Sorry. The laid-back comic isn't in D.C. It just seems that way, since Congress apparently is a big fan of Groundhog Day. 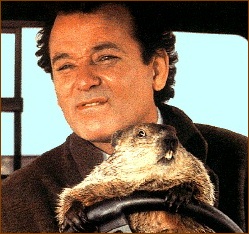 Every year, regardless of which party's in control -- and I use that word advisedly -- on Capitol Hill, lawmakers do the same dang thing. They pontificate for 11 months, pushing actual legislative action on critical (i.e., usually tax) measures until the very end of the session.

That's all fine and good for Representatives and Senators. They have a few late nights, vote and head home for the holidays. But for the rest of us, including the IRS, it's an annoying -- and potentially costly -- habit.

Remember December 2006? That's when Congress finally extended a handful of popular tax deductions that expired almost a full year earlier. They swore all through 2006 that they'd take care of it, and they were true to their words. But the way they kept the promise was ludicrous.

By waiting until Dec. 20, they threw the whole tax-filing system into chaos. I complained about it back then, too, in this blog item. The IRS had sent its forms to the printer months earlier. Congress knew the publication schedule; they apparently just didn't care.

Tax software companies had to catch up, too. Granted, it's a bit easier for them, but it still was a problem that could have been avoided.

Get ready to wait, again, for your refund: Then there was (and is) the IRS' computer system.

It has to be programmed to process our returns (all of them, not just those sent electronically) according to the current tax law. Since that didn't happen until the end of December last year, the IRS didn't get around to updating its programs until January.

And that meant that earlier filers -- usually folks who know they're getting a refund and, in many cases, are counting on it -- had to wait longer for their money.

Tax deductions are expiring … again. Alternative minimum tax laws are going to affect millions unless changed … again. The House has approved a bill to take care of it, but the Senate has yet to act.

We're in the middle of November. Gee, I wonder what's going to happen.

While all this has been going on (or not) Treasury and IRS officials have repeatedly warned Congress that the required computer reprogramming can't be made until the law is actually law.

And that means that taxpayers looking forward to a quick refund in 2008 will have to wait for their money … again.

The AMT is making matters worse this December, says one tax official. "What we're facing with the AMT this year is of much greater magnitude" than last year's headaches, Terry Lemons, an IRS spokesman, told Wall Street Journal columnist Tom Herman (Tax Report 11/14/07). "It's a far greater number of taxpayers" who may be affected, and "the delays in being able to file could potentially be much longer."

Lemons' assessment echoes earlier warnings by his bosses, as noted in this Nov. 1 blog item.

A couple of weeks ago, Acting IRS Commissioner Linda Stiff said up to 50 million taxpayers at all income levels nationwide would be negatively affected come filing season by the slow Congressional tax action. In October, Treasury Secretary Henry Paulson sent the same warning via letter to Capitol Hill, urging lawmakers to get on the stick.

The more things change: The more they stay the same. As I noted earlier, this wait-til-December dance is a holiday season staple.

Eight years ago, though, IRS officials exhibited a bit more of a risk-taking tendency. In 1999, with Congress still arguing over legislation and the end of the tax year fast approaching (sound familiar?), the IRS played a hunch.

Betting that tax measures affecting millions of filers would eventually be approved, the IRS went ahead and printed 1999's necessary forms. That bet paid off.

As this story I wrote those many years ago notes, Congress did what it said it would do, the preprinted forms ware correct and they went out on schedule, eliminating the need that filing season for an expensive second mailing of tax forms. 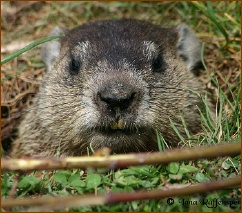 Did the IRS lose some of its nerve? Or is Congress nowadays just so unpredictable that taking that kind of chance now is not such a good gamble?

I think we should implement a form of performance-based pay for our congresspeople. They don't see a DIME of their ridiculous annual salaries until their necessary tasks are done. I think that would shut up a lot of the bickering and bring about quicker results.
I also think when they don't get their work done, they should be locked in the chambers and not allowed to leave (even to potty or eat) until they do what they're paid outrageous sums to do. Put a bucket in the corner behind a curtain and make them work. It might be the only way they understand how miserable they're making life for the rest of us.