A group of taxpayers who didn't meet Free File income requirements have decided to recoup their e-filing fees by taking the software companies to court. 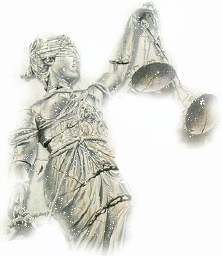 Two Philadelphia law firms have filed a class-action suit in federal court against the companies that make up the Free File Alliance. They estimate that damages could be billions of dollars.

The complaint, filed by Feldman, Shepherd, Wohlgelernter, Tanner & Weinstock and Cooley & Handy, alleges that while the agreement the IRS made with the Alliance companies was supposed to provide free e-filing for up to of Americans, only 3.8 million taxpayers filed their returns for free in 2006. It further notes the 2007 income eligibility limit of $52,000 adjusted gross income.

The suit, filed in the U.S. District Court for the Eastern District of Pennsylvania, contends that the Free File "agreement wrongfully 'privatized' the IRS' quintessential government task of developing, receiving, collecting and processing tax returns, allowing [alliance] members to reap profits by charging taxpayers and tax preparers substantial and legally unauthorized fees to electronically filed returns with the IRS."

"This amounts to a tax on e-filing tax returns," said Marrone. "Hardworking taxpayers deserve better. This is government outsourcing at its worst."

(About that last statement, opponents of private tax debt collection might argue, but that's another IRS outsourcing issue … and possible lawsuit?)

Alleged strong-arming of the IRS: The lawsuit also alleges that the IRS contracted with the "cartel" to collect e-filed federal tax returns on its behalf. As agents of the IRS, federal law required Free File members to set "fair and uniform" fees for e-filing. But the members set their fees based solely on profit, the complaint states.

The lawsuit also contends that the tax software manufacturers used their combined leverage to make sure the IRS didn't offer a filing service on its own, something many consumer groups -- and lawmakers -- are pushing for (and blogged about most recently here).

"The U.S. should join other civilized nations in allowing its citizens to e-file tax returns for free," said Cooley & Handy partner Kevin Handy. "The truth is it costs the government less to process an e-filed return than a paper one."

In an interview with The Legal Intelligencer, Marrone said that the class members would be e-filers who made over $52,000, which has the potential for more than 70 million class members.

The class action seeks a full refund of all fees paid for e-filing, as well as injunctive relief. Defendants include all Free File Alliance members (but not the IRS) which charged fees to electronically file federal tax returns.

If you used tax software manufactured by Intuit, H&R Block or any of the other Free File Alliance members and paid to e-file, you're automatically a member of the class action.

I might sound crazy, but I support this suit 100% (actually probably not 100% if I read the complaint, but I agree with the sentiment 100%). If the IRS REALLY wants people to e-file, like they claim, they darned well better be making it a cheaper and more convenient option than mailing in the return. Right now it costs, what? A dollar to mail it? And it doesn't take that much longer to process a mailed-in return than an e-filed one. This next year, unless I can e-file for free, I fully intend to mail in our return, because why should I pay any more than necessary to accomplish this dreaded chore?

Privately, I think the IRS does NOT want people to e-file as then it would reduce the number of personnel needed to process the returns, which, if you've never done, is mindless drudgery which actually pays very well considering the complexity of task involved. I think processors make more than preparers.

Nice Metallica "And Justice For All..." cover album art for the picture.